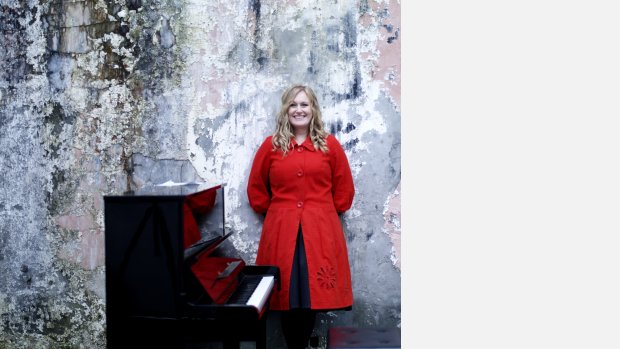 ‘Intense concentration is the first concept to come to mind when listening to this music. Not so much the concentration required of the listener, though there is undoubtedly such a requirement, as this is not 'easy listening' by a distance, but the sense of distillation, of the concentration of the essence of a musical argument. Sometimes the textures are exceedingly open and deceptively simple; sometimes a good deal of surface activity serves to illuminate the emotional intensity flowing just beneath. The combination of surface sensuality and intense and rigorous content produces tensions that constantly fluctuate and flow, drawing the listener into a slightly uneasy sound world, individual and unusual.’ Records International

Sadie Harrison is known primarily as a composer and lecturer, her music performed and broadcast across the globe, with works released to critical acclaim on Naxos, NMC, Cadenza, Toccata Classics, Sargasso, BML, Divine Art/Metier, and Clarinet Classics. For several years, she also pursued a secondary career as an archaeologist, specialising initially in the Irish Neolithic, and latterly in the prestige pottery of the Continental Bronze Age (also appearing on Channel 4’s Time Team). Reflecting her interest in the past, many of Sadie’s compositions have been inspired by the traditional musics of old and extant cultures with cycles of pieces based on the folk music of Afghanistan, Lithuania, the Isle of Skye, the Northern Caucasus and the UK.

Her focus during 2014-15 has been concentrated on a substantial collaborative project entitled Gulistan-e Nur: The Rosegarden of Light, working with US Ensemble Cuatro Puntos (with whom she currently Composer-in-Residence) and students from the Afghanistan National Institute of Music. The project has resulted in a new commission for string sextet and youth ensemble,  a US tour (September 2015 in Boston, Massachusetts, Connecticut) a European tour (May-June 2016 in York, Brighton, Swanage, London, Shaftesbury, Berlin, Amsterdam), performances of a related orchestral work, and a CD with Toccata Classics (to be released March 2016). The project has been generously supported by two Arts Council England Grants for the Arts and the Ambache Charitable Trust.

‘without question one of the top recordings of the year, a ground-breaking release’ (The Light Garden Metier/Divine Art) Musical Pointers

‘Hit the repeat button on your CD player and let the whole disc spin two or three times. Metier has accomplished something quite remarkable with Harrison’s amazing music and the Bakhtar’s vibrant playing. Indisputably one of this year’s best” (The Light Garden Metier/Divine Art) La Folia, USA;

Sadie is currently writing works for the Afghanistan National Youth Orchestra (the first woman to be afforded such a honour), solos for double bassist David Heyes and American violinist Aaron Packard and a trio for Ensemble Schumann. She is also collaborating with writer Malene Skaerved on a fairytale opera. Her music is published by UYMP, ABRSM and Recital Music with works on examination board repertoire lists.

NMC has struck gold! A wonderful sequence which held us enthralled, playing the programme through with only one brief pause; a marvellous 'concert' which builds on the legacy of Bartok's Kodaly's pioneering collecting long ago, giving 'cross-over' a new and enriched meaning; one to which we will return." (An Unexpected Light, NMC) Musical Pointers

‘Sadie Harrison's unique fusion of elements from indigenous Lithuanian music and poetry with her own modernist, often abrasive style, have led her to be compared with Bartok, but her underlying empathy with the local people of this war-torn country shines through with a poignancy and warmth all of her own.’ (An Unexpected Light, NMC) Tempo