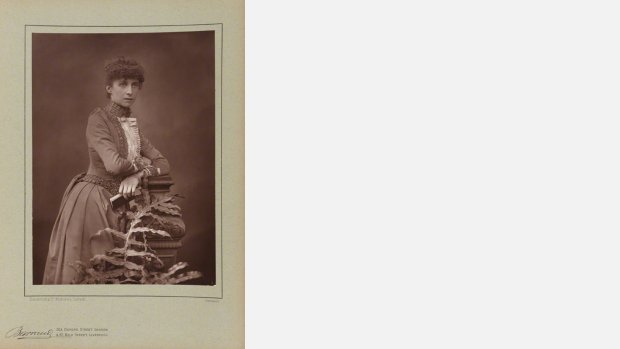 Rosalind Frances Ellicott (November 14, 1857 – April 5, 1924) was an English composer, considered one of the leading female composers of her generation

Ellicott was born in Cambridge, the daughter of Constantia Annie Ellicott (née Becher) and Charles Ellicott, the Bishop of Gloucester and Bristol. Her father had no interest in music whatsoever and it was predominantly her mother, a singer who had been involved with the founding both of London's Handel Society (1844–1848) and of the Gloucester Philharmonic Society who encouraged young Rosalind's talent. At the age of six "she exhibited an extraordinary facility in music, singing,and harmonising correctly by ear". She took lessons from Samuel Wesley, the cathedral organist, from age 12, tried writing songs at 13 and then a sonata at 16. From 1874 to 1876 she studied piano with Frederick Westlake at the Royal Academy of Music. While at the Academy she discovered her voice and took soprano solo parts in oratorios and cantatas and was a frequent soloist at the Three Choirs Festival.She also studied composition for seven years under Thomas Wingham of the Brompton Oratory. She was a member of the International Society of Musicians and the National Society of Professional Musicians, as well as an ARAM. She composed rapidly: "I get a whole movement in my head before I touch paper. I hardly ever alter my compositions."

In 1886 she found success at the Gloucester Festival with her Dramatic Overture and then in 1889 with Elysium, a lyrical cantata. These were performed in later years in Bristol, Cheltenham, Oxford, London, Dresden and Chicago. Her songs and chamber works were regularly performed at the festivals where they were well-received: of her Elysium: "the orchestration is full and vigorous, the brass specially bold and refreshing, and there is not a dull bar .... It is a charming and spirited work [and received] repeated calls".

It has been suggested that her father's position as a bishop enabled her to have some of her works performed at the Three Choirs Festival (held in rotation in Gloucester, Hereford and Worcester.) However the majority of new composers used patronage from established musicians or other influential people in order to obtain festival premieres. Her ambitious works for chorus and orchestra were cast in a traditional, broadly Romantic vein but she began to turn her attention to chamber music by the end of the nineteenth century, possibly hoping that there would be more opportunities for it to be performed. She began disappearing from the public eye sometime around 1900, moving to the south coast after World War I and dying in Seasalter in 1924. She is buried near her parents in the churchyard of Birchington-on-Sea, in Kent.