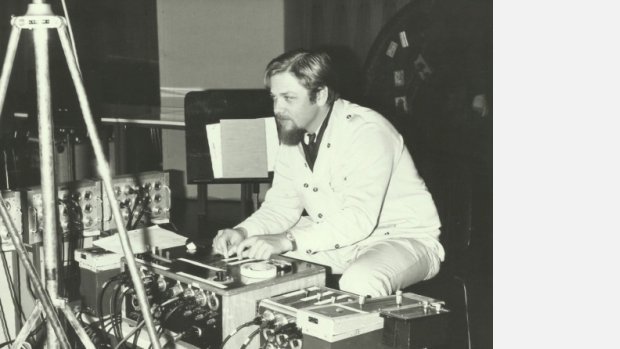 Rolf Gehlhaar (1943-2019) was an American composer who started learning the piano at age 15, and started composing around the same time. He studied at Yale University and University of California, Berkeley, initially studying medicine, then switching his major to philosophy of science, and finally doing a course in composition at Yale. He moved to Cologne, Germany in 1967 to become assisant to Karlheiz Stockhausen. In 1969, he was a founder of the Feedback Studio which was a performance centre and publisher of new music. In 1979, after moving to England, he was a founding member of the Electro-Acoustic Music Association of Great Britain. He took multiple positions at Coventry University and was a founding member of the British Paraorchestra, a disabled people's orchestra.