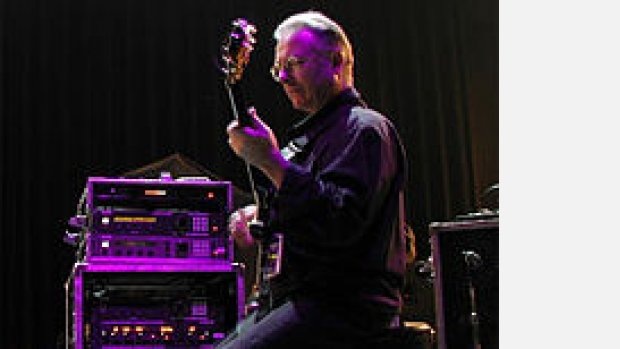 Robert Fripp (born 16 May 1946) is an English guitarist, composer and record producer.
As a guitarist for the progressive rock band King Crimson, Fripp has been the only member to have played in all of King Crimson's line-ups from the late 1960s to the early 2000s. He has also worked extensively as a studio musician, notably with singer David Bowie on the albums "Heroes" and Scary Monsters, and contributed sounds to the Windows Vista operating system. His complete discography lists more than seven hundred releases over four decades.
His compositions often feature unusual time signatures, which have been influenced by classical and folk traditions. His innovations have included Frippertronics, soundscapes, and New standard tuning.