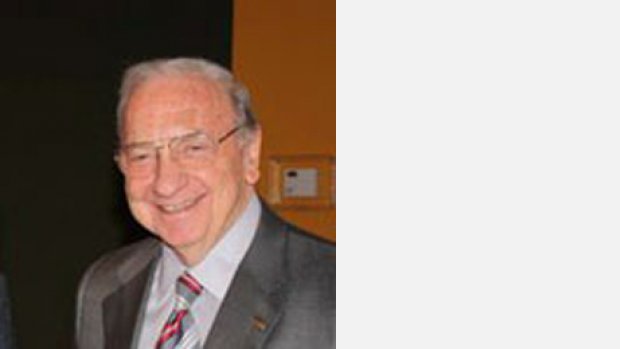 Throughout his long career Robert Ashfield, born in Chipstead, enriched church music far beyond the confines of the customary provincial organ loft. In the process he helped to nurture generations of younger aspiring musicians. As part of this long career, and of specific interest, he was appointed magister and rector chori at Southwell Minster in 1946. Sanderstaed Singers spent a choir camp at Southwell Minster in August 1999.

Subsequently, in 1956, he moved to Rochester Cathedral where he spent the following 21 years. Here he made his mark on the community, noteably as conductor of the Rochester Choral Society. He also found the time to rebuilt the cathrdral organ in counsulation with the origional builders J.W.Walker.

The late 1960's saw relations between clergy and musicians in the church of England become particularly strained over fees and salaries. Ashfield, by then an esteemed senior figure, was called to mediate. After being unable to obtain a formal solution to the problem he unilaterally produced his own proposal. His proposal, subsequently championed by The Church Times, popularly became known as the Ashfield Scale. It stayed in vogue throughout the decade, providing a bedrock of transparency amid an increasingly turbulent landscape at the time.

As a composer his love of the liturgy allowed him to write well for voices. His music has retained its place in the repertoire over time. A piece of particular note is his setting of Lionel Johnson’s 1895 poem, The Fair Chivalry, commissioned for the Southwell Diocesan Choral Festival of 1949. This was sung by Sanderstead Singers at Portsmouth Cathedral in August 2003.