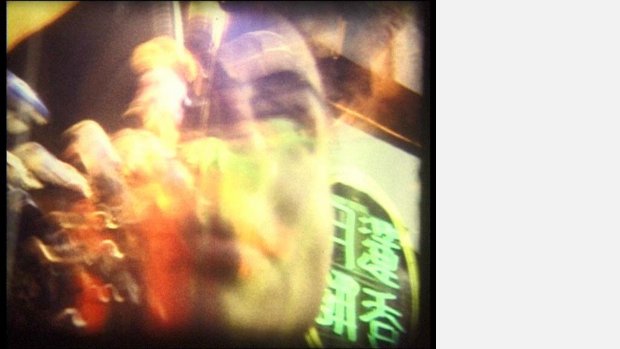 Riz Maslen has been described as one of the most prominent women composers working in post-techno experimental electronics. Her music has been released on Ninja Tune, Mush Recordings, Squid Eye and she is currently signed to Architects and Heroes in the USA.

In the last few years her work has branched into more sound design and composition working both collaboratively with artists, and developing her own solo sound installations. In 2011 Riz was commissioned by Kew Gardens and selected for Bow Arts Open.

In 2012 Riz was selected as one of the 10 finalists in the ENO’s mini opera’s competition.

In the summer of 2012 Riz embarked on the trip of a lifetime to one for the most remote areas of the threatened heart of the Borneo rainforest, in Central Kalimantan, part of an international team of explorers, scientists and capacity builders who work with remote forest communities to help protect their environment and culture. On her return to the UK Riz created a number of works related to her experience in Borneo, an interactive app, two short films and audio works which have been showcased during Coastal Currents and Noise and Whispers in 2013. Riz is also currently touring with Oliver Cherer as one of the collaborating artists on his new album Sir Ollife Leigh and other Ghosts.

Picked as one of the 10 composer finalists for this prestigious award.

Soundproof a week of explorative sonic art at The Forest, Edinburgh

Soundproof a week of explorative sonic art at The Forest, Edinburgh

Walk On The Wild Side  - CONTACT International Festival Toronto 2011

As part of the Get Carter Anniversary celebrations Pixel Palace invited artists to submit an audio piece that are inspired by the film.

Lightworks is a one-night festival of film, sound and new media that takes place in Grimsby Minster every year.

Wet Sounds installs at swimming pools at 7 UK cities. An open to the public event featuring live music by Joel Cahen and including the deep listening gallery featuring new work by selected artists under the theme Reverse.

Erasure is Maslen & Mehras’ and Riz Maslens’ first collaborative work. The artists combine imagery and sound to create an experimental screen based work, which questions the aggressive transformation of areas of East London due to the upcoming Olympics. ERASURE has been screened at the following exhibitions and festivals - Olympic Visions  - Nunnery Gallery London 19th June 2009

Crime after Crime - 2011 (selected for Sundance) CRIME AFTER CRIME is the exclusive documentary film on the legal battle to free Debbie Peagler, a woman imprisoned for over a quarter century due to her connection to the murder of the man who abused her. She finds her only hope for freedom when two rookie attorneys with no background in criminal law step forward to take her case.

Small Moves - a collection of short films written and directed by Oliver Marlowe,

Vigilarie - directed by Riz Maslen and Kaffe Matthews, a film about surveillance shown as part of the Future Sonic Festival in Manchester 2001.