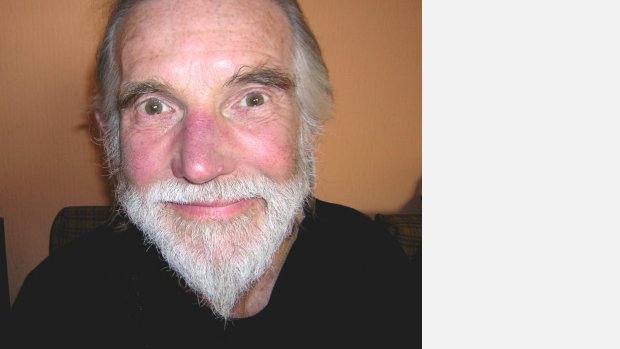 Richard Stoker, a colourful figure in British musical life for over sixty years, was born in Castleford, Yorkshire, on 8 November 1938. There was a strong musical tradition in his family, and he showed an early aptitude, intrigued by the piano keyboard as soon as he was tall enough to reach it. He had piano lessons with an uncle, and started to compose at the age of seven.

At 15 he went to Huddersfield Technical College, studying with Harold Truscott and Winifred Smith. The Yorkshire-based composer Eric Fenby encouraged him to go to London, and he entered the Royal Academy of Music in 1958 to study with Lennox Berkeley. Richard said that Berkeley taught him to be himself, to develop his ideas, to write economically and to analyse the masters; Michael Berkeley says that his father was enormously fond of Richard, and of “the mix of innocence and curiosity which made both him and his music so idiosyncratic”.

Richard won several prizes at the RAM, culminating in the Mendelssohn Scholarship, which took him to Paris in 1962 to study with Nadia Boulanger. Returning to London in 1963, he was offered a teaching post at the RAM, and taught there as Professor of Composition for over 20 years. Many of his former students have spoken with gratitude and appreciation of his sensitive and generous guidance.

Richard wrote many works, including an opera, Johnson Preserv'd, a piano concerto, string quartets, piano trios, song cycles, choral works, orchestral works and organ music. He also wrote for films, TV and theatre productions. His style is modern but accessible, full of his optimistic, joie de vivre personality. To quote a long-term organist friend, Richard Townend: “His soft voice and lilting Yorkshire accent are reflected in his music which, while modern, is full of rich melodic invention without any harsh dissonances.”

Richard edited Composer magazine from 1969 to 1980. He wrote entries on eight musicians for the Oxford DNB, published poetry and prose fiction, and an autobiography, Open Window – Open Door (1985).