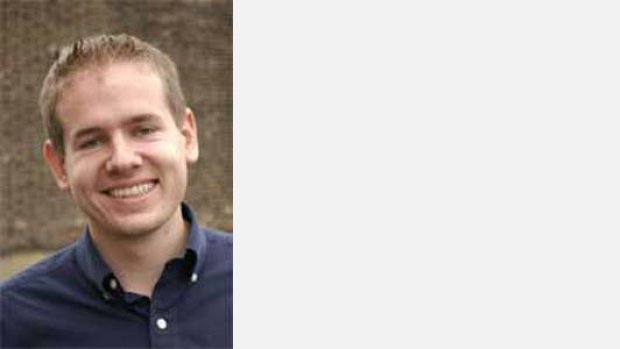 Richard Glover (b. 1981) grew up in Lichfield and studied at the University of Hertfordshire for his undergraduate degree before moving to Huddersfield to complete his MA. He is currently studying for a PhD with Bryn Harrison at Huddersfield, investigating the use of psychoacoustics and perceptual techniques within micropolyphonic composition.He is apprentice Composer-in-Residence at the BCMG from 2007-2008, which includes a commission for the group to be premiered in September 2008. His music has been performed by Rolf Hind and David Alberman, Quator Bozzini, Psappha, the Smith Quartet, Scottish Ensemble, Kokoro, Goldberg Ensemble, Gemini, Apollo Saxophone Quartet, the Janacek Philharmonic Orchestra and many others. Sonotron for four pianos was premiered at the Corn Exchange in the FuseLeeds 06 Festival by Rolf Hind, Andrew Ball, Sarah Nicholls and Daniel Becker, and was broadcast on BBC Radio 3. He was a participant in the Adopt-a-Composer scheme 2007, collaborating with Dumfries-based Solway Harps to produce a large-scale work for an ensemble of over 20 harps. Ruth Wall and Jane Chapman performed his music in the spnm solo spotlight series in Wapping power station in March 2007, for solo harp with electronics and harpsichord respectively. He has have given a number of papers at national conferences on perceptual cognition, drone music, and issues with microtonality and tuning in his own and other composers’ music.