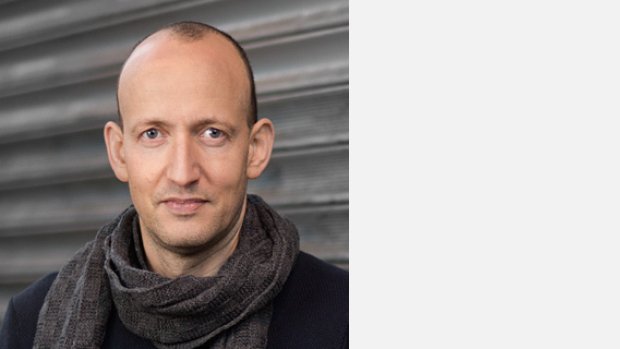 Richard Causton studied at the University of York, the Royal College of Music and the Scuola Civica in Milan. He has worked with ensembles such as the BBC Symphony Orchestra, Philharmonia Orchestra, City of Birmingham Symphony Orchestra, Orchestra of the Age of Enlightenment, Sinfonieorchester Basel, Rundfunk-Sinfonieorchester Saarbrücken, London Sinfonietta, Birmingham Contemporary Music Group, Britten Sinfonia and the Nash Ensemble. His music has been recorded on the NMC, Metier, Delphian and London Sinfonietta labels.

In May 1997 he was awarded the Mendelssohn Scholarship in its 150th anniversary year. As a result of this, he studied electroacoustic composition at the Scuola Civica di Musica, Milan. His Phoenix was the winner of the 2006 Royal Philharmonic Society Award for Chamber-Scale Composition, and The Persistence of Memory (1995), which was premiered by Oliver Knussen and the London Sinfonietta at the South Bank Centre, won the Third International ‘Nuove Sincronie’ Composition Competition. Seven States of Rain, composed for Darragh Morgan (violin) and Mary Dullea (piano), won the Best Instrumental Work category of the 2004 British Composer Awards. Other distinctions include the SPNM George Butterworth Award for the solo piano work, Non mi comporto male (1993), and the first ever Fast Forward composition award for Two Pieces for two clarinets (1995). In 2003-5, Causton was Fellow in the Creative Arts at Trinity College, Cambridge.

In addition to composition, Causton writes and lectures on Italian contemporary music and regularly broadcasts for Italian radio (RAI Radio 3).

Notable works include the Chamber Symphony, commissioned by the Birmingham Contemporary Music Group, the Nocturne for 21 Pianos and Twenty-Seven Heavens, commissioned by the European Union Youth Orchestra as part of the London 2012 Cultural Olympiad and premièred at the Amsterdam Concertgebouw under the direction of Gianandrea Noseda. Causton has recently finished work on a new piece for the Bath Festival and a new piece for the London Sinfonietta.

In October 2012, Causton took up the newly-created post of Lecturer in Composition at the University of Cambridge, and he is currently a House Composer at English National Opera.

Recent works include Night Piece for solo piano – a short encore piece based on the clarinet line from the slow movement of Mozart’s Clarinet Concerto, premiered by Piotr Anderszewski in November 2014; and a commission by the Nash Ensemble to write a piece for their 50th birthday celebration: Piano Quintet, which was premiered in March 2015. Causton received the King’s College Christmas carol commission in 2015, the resulting piece, The Flight, sets a text by George Szirtes about the refugee crisis and was premiered on 24th December 2015.