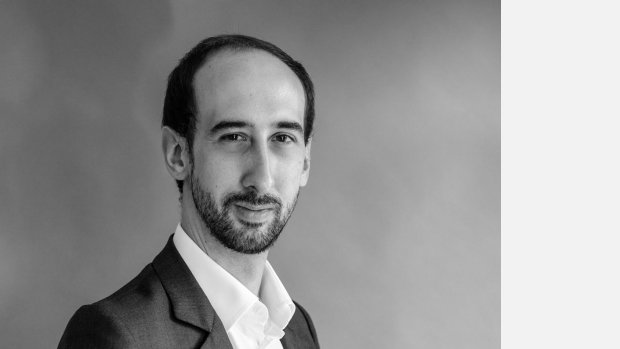 British composer Richard Bullen was born in Bedfordshire in 1984 and currently lives in London. His works, which have been described as 'audacious' and 'astounding', often make creative use of the performance space to heighten perception of sound, and thrill the senses. He recently completed a PhD entitled 'Towards a Resonant Theatre' with David Sawer at the Royal Academy of Music.

He first came to public attention in 2007 when, as a student at the University of Birmingham, his prize-winning work Walpurgis Night  was premiered by BCMG, conducted by Ryan Wigglesworth. The following year he received a scholarship to study with Sir Peter Maxwell Davies at Dartington International Summer School. Firewire, the work written during the course and dedicated to Max, later won the Royal Academy’s prestigious Alan Bush Composition prize in 2009. Since then, Richard has composed for a remarkably diverse range of forces including quarter-tone alto flute and electronics (performed by Carla Rees); Spirituoso, a period-instrument trio resident at Handel House Museum; ‘Maenads’ and sacrificial audience (CoMA London); members of the London Sinfonietta; and the Midlands Fretted Orchestra. The latter piece was commissioned through Making Music’s ‘Adopt-a-Composer’ scheme with funds from the PRS for Music Foundation, and was broadcast on BBC Radio 3. It subsequently won the 'Making Music' category at the 2011 BASCA British Composer Awards.

During a residency on the London Symphony Orchestra Soundhub scheme, Richard developed a site-reactive spatial clarinet trio premiered at LSO St Luke’s. It has since been performed at St Leonard’s Church, Shoreditch, Brentwood School in Essex, Peckham multi-storey car park (as part of the London Contemporary Music Festival 2013) and at Dartington, with future performances planned in Dublin and East London. February 2013 saw the highly successful premiere of Elemental Songs and Dances, a large-scale cantata commissioned by Spitalfields Music and the Royal Academy of Music for baritone Omar Ebrahim, large ensemble and 120 school children (ages 7-9). It was nominated for a 2013 British Composer Award.

Richard’s most ambitious work to date was developed during the LSO Soundhub scheme 2012-14. The House of Asteria for mezzo soprano Lore Lixenberg, eight clarinets and strings, video and the entire building of LSO St Luke’s was premiered in May 2013. Video was also a key ingredient in Theatre of Resonance performed by the brilliant young pianist Christina McMaster. Having completed a trumpet concerto commission for members of the London Symphony Orchestra, Richard recently developed a revolutionary work for 12 trombones that fused sound, light, space, choreography and ritual in a unique immersive experience. At the same time his choral work The Seven Arches, premiered by the Finchley Chamber Choir, was published by Stainer & Bell.

Current projects include a new commission from clarinettist Anna Hashimoto, who premiered Hanamichi for clarinet, CD and large building at the Tokyo City Opera Recital Hall in November last year. In June 2015 Anna will give the UK premiere of Hanamichi and the world premiere of Hikinuki at St John Smith's Square, London.