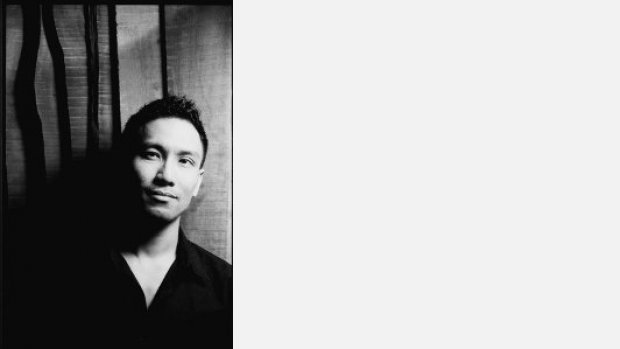 Raymond Yiu (b. 1973) is a composer and jazz pianist. Born in Hong Kong, he came to England in 1990 and started piano lessons at the age of four. He began writing music as a teenager, and took up composing again while he was studying at Imperial College. As a composer, Raymond is mostly self-taught and received informal consultations from several composers including Julian Anderson, Lukas Foss, David Matthews and David Sawer and Graham Williams.

Significant performances have included Distance of the Moon, conducted by Lukas Foss at the Bridgehampton Music Festival 2001. Three of his works have been shortlisted by the spnm: Tranced Summer-Night, Tranced and Calendar of Tolerable Inventions from Around the World, which was performed by Lontano in 2002, and was subsequently broadcast by BBC Radio 3. It was also chosen by Sir Harrison Birtwistle for performance at the 2003 Huddersfield Contemporary Music Festival with the London Sinfonietta. Tranced was performed by the Northern Sinfonia at the 2003 Bath Festival and was presented as a dance piece at the Österreichisches Theatermuseum, Vienna, with choreography by Bernd Bienert.

Beyond the Glass, performed and recorded for broadcast by the BBC Singers, was nominated for the British Composer Awards 2004. A Whorl of Knowings Dim and Bright was premièred by Andrew Watts at the Cheltenham Music Festival 2004. Night Shanghai, premièred by Lontano in 2005 in London, has been performed by groups including Concorde Ensemble, Chroma and Ensemble 10/10.

The Original Chinese Conjuror, a musical diversion with libretto by Lee Warren, has been commissioned by Aldeburgh Almeida Opera (with the support of Genesis Foundation) for the 2006 Aldeburgh Festival and the Almeida Opera Season.

2008 saw the premières of Faerie Tales, a Celebrating English Song commission, and Xocolatl, written for the London Symphony Orchestra. Works in progress include Maomao Yü for Lang Lang and the Silk String Quartet, and a second opera with a libretto by Lee Warren under the auspices of OperaGenesis.

'For me, composing is like exploration. Curiosity and the love of challenge are the two main driving forces. Anything that captures my attention could be a possible source of inspiration. Research, planning, selection of materials, finding an appropriate syntax and layout to achieve the maximum impact and clarity are all essential steps of the process of composition.

While composing, I constantly bear in mind the impossibility of perfection. I can never write the perfect piece. But for each new work that I write, I search for something new and exciting to say, and try to say it well in an honest and personal way.'

On Distance of the Moon  '… accessible and scored with considerable invention and heart.'

On The Original Chinese Conjuror  'A pacy, imaginative piece of music-theatre ... a smart piece of post-modern vaudeville.'