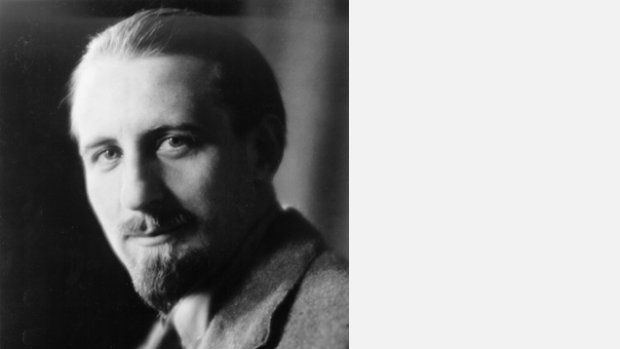 "Peter Warlock" was in fact the pseudonym under which the multi-talented Philip Heseltine released his compositions to the world. Heseltine was a gifted writer and music journalist, an editor of early music at a time when it was generally neglected, and a generous encourager of the efforts of other composers. But most importantly of all, he was a spontaneous and original composer (as Peter Warlock), chiefly of a large corpus of over 100 songs, written between the end of the First World War and his death in 1930.

Heseltine was born in London (in the Savoy Hotel) on 30 October 1894 and, though he had no musical training as a child, his inclinations were obvious at school (Broadstairs and Eton), and an early meeting with Delius (in 1910), while on holiday in France, helped direct Heseltine’s musical enthusiasms: he became a devoted champion (and friend) of Delius, and was to produce piano arrangements of many of his works.

Heseltine studied briefly in Germany and managed an unhappy year at Oxford University before the First World War interrupted his studies. Although he was judged unfit for military service, he nonetheless declared himself a conscientious objector; he spent the war years in London, Cornwall and (with the possibility of conscription now looming) Ireland. In 1920 Winthrop Rogers, publisher of Warlock’s songs, appointed Heseltine editor of The Sackbut, a new musical journal, but withdrew in the face of the controversy Heseltine’s outspoken editorship was generating, and the new owners terminated his position.

Licking his wounds, Heseltine returned to the family home in Wales, where he spent the next three years, applying his boundless energy to the writing of a book on Delius, transcribing early music, and writing a healthy quantity of his own songs, not least his masterpiece, the song-cycle The Curlew, for tenor, flute, cor anglais and string quartet (1920-22). In 1925 Heseltine and his friend and fellow-composer E. J. Moeran moved to Eynsham, in Kent, where they shared a cottage. It was basically a three-year-long party, notable for the intake of prodigious quantities of alcohol, wherein they were assisted by a stream of fellow artists – other musicians, painters, sculptors – who would drop by for an evening, a week or longer.

The psychological schism that marked Heseltine’s personality (he showed many of the classic symptoms of manic depression) began to become more prominent towards the end of the 1920s, and on 17 December 1930, he switched on the gas in his London flat and laid himself on the sofa. At the inquest an open verdict was recorded and, though many of his friends continued for decades to contest the notion that Heseltine had killed himself, there seems little doubt that suicide robbed English music of one of its brightest talents.