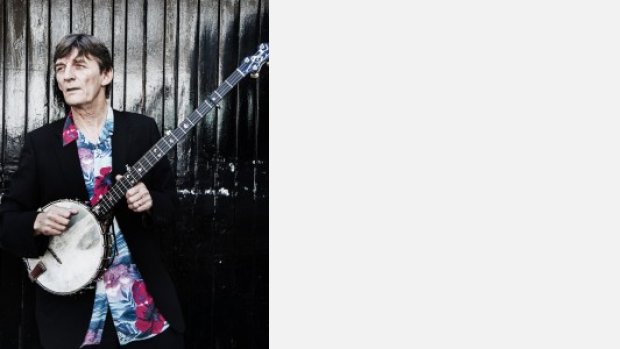 Pete Coe is a renowned English songwriter, performer, promoter and researcher with more than 50 years on the English Folk scene.

Pete Coe has been a key member and visionary force behind numerous significant outfits across three decades, including The New Victory Band, Bandoggs, Red Shift and the much-loved duo with his then wife Chris. The clarity of their interpretations of traditional songs, Chris Coe’s stirring harmonies and some inventive arrangements quickly established them at the very forefront of the folk club scene.

The famous ‘Wizard Of Alderley Edge’ (inspired by a Cheshire legend about King Arthur waiting to be awakened to save England), showed his imaginative approach to music and made him one of the first artists of the era to produce original material based on traditional style.

Coe is probably best known for his richly varied solo work, stretching across the whole range of the folk umbrella from the English tradition, to dance tunes of many shapes and sizes, to his own devastatingly potent original songs. His Mean Old Scene album in 1985 also saw the emergence of his label Backshift and in the late ’80s he formed Red Shift, underlining his reputation as a political writer with songs like ‘Sold Down The River Again’ and ‘Waves Of Tory’ pointedly reflecting the Thatcher era.

Other artists, including June Tabor, the Chieftains and Leon Rosselson, have recorded his songs and some have almost become folk ‘standards’, in particular ‘Marching Down Through Rochester’, ‘The Alimony Run’, and ‘The Wizard Of Alderley Edge’.

Apart from playing festivals and clubs, Coe also tours schools as part of an education package, and in 1991 he licensed, and re-launched Songsmith magazine, a cassette and booklet featuring songs by established and new songwriters.