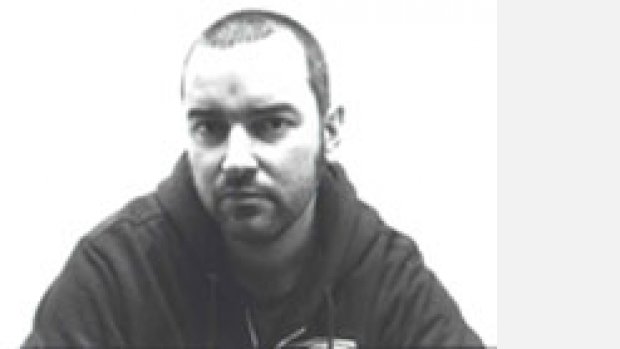 Paul Whitty was born in Lisburn , Northern Ireland in 1970. His work has been performed by Tim Brady, Ensemble Cattrall, Jane Chapman, decibel, Ensemble Expose, Darragh Morgan & Mary Dullea, Michael Finnissy, Paul Goodey, Philip Howard, Mieko Kanno, IXION, London Sinfonietta, Kate Ryder, Noszferatu and [rout], and featured at BMIC's The Cutting Edge, Brighton Festival, Gaudeamus, ICA, Huddersfield Contemporary Music Festival, State Of The Nation, the Ultima Festival and Tate Britain . His work has found its way into spaces and contexts including the Mecca State Bingo Hall in Kilburn, Addenbrookes Hospital in Cambridge, the freezer compartment of a fridge in Romford, and the traffic gyratory at Vauxhall Cross.Paul has a particular interest in collaborative and cross-disciplinary practices. His ongoing collaborative project Vauxhall Pleasure (2004-2008) with Anna Best consisted of a site event at Vauxhall Cross, London ; an installation at the Museum of Garden History as part of their Tempered Ground exhibition; and two performances at Tate Britain . The latest phase of the project has been funded by the AHRC. In the introduction to the ACE publication Open Space: Art in the Public realm in London 1995-2005 Jemima Montagu comments:'Both socio-political protest and live art and music performance, this project captures the richly layered, interdisciplinary and ultimately uncategorisable nature of art in the public realm today.'More information at www.vauxhallpleasure.org.ukPaul is a founding member of [rout], an ensemble that he directs with composers Sam Hayden and Paul Newland. Recent projects include an appearance at the Night of the Unexpected at HCMF 2007. [rout] took up residence in a Warehouse at the industrial complex Bates Mill and performed a series of works including Paul's instruction score …i was bored before I even began… In this work contact microphones amplify the sound-making actions of the performers. These sounds are then transformed by signal processors; distortion; pitch-shift; hyper-metal; super-octave; digital delay. For the duration of [rout]'s performance, Paul's film installation watching Antoinette Vischer playing Gyorgy Ligeti's Continuum was projected.Paul is currently Reader in Composition and Director of the Sonic Art Research Unit at Oxford Brookes University.Links:Vauxhall Pleasure: www.vauxhallpleasure.org[rout]: www.routweb.comSonic Art Research Unit http://ah.brookes.ac.uk/saru
'Recently I have been engaged in a series of interventions in pre-existing contexts- re-reading, re-organising, re-categorising, re-distributing and re-sounding the materials that I have found there. These contexts can be scores, actual physical sites or instruments. In the violin and piano duo thirty-nine pages (2005-2007) I re-organised each page of the Henle Urtext Edition of Cesar Franck's Sonata for violin and piano in A Major. These works stem from an obsession with the provenance of musical materials. I have also intervened in physical sites such as Vauxhall Cross Gyratory as part of an ongoing collaboration with visual artist Anna Best; Vauxhall Pleasure (2004-2008). This project examines the gyratory's past as the Vauxhall Pleasure Gardens; and present as a monument to our ruinous car culture. Vauxhall Pleasure pits the songs of the pleasure gardens composer in residence- Thomas Arne- against the roar of the internal combustion engine.'
Paul Whitty

'From ten speakers at the back of the room the fluctuating rumble of traffic resembled the sound of the sea, while the singers' disembodied voices emerged like a siren's song beneath the growl of the engines'
Holly Walsh; Frieze Magazine; on Vauxhall Pleasure.

'The sheer audacity of the volume of Whitty's score and George's extended use of stillness…was subtle and extremely refreshing. '
Martin Hargreaves, Dance Theatre Journal/2000 reviews 'on/off'