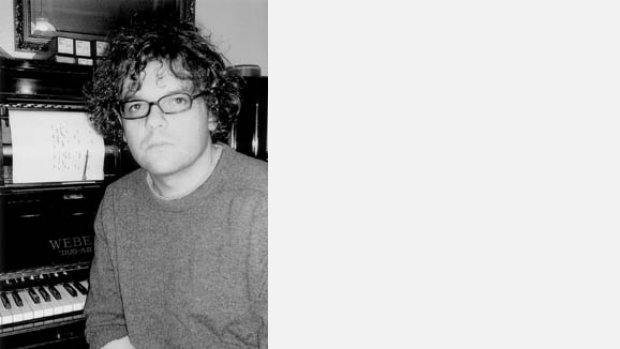 Born in London in 1970, Paul studied guitar and piano at the Royal Academy of Music and composition at Kings College, London.. He went on to complete an MA in Music at the University of York. In 1999 Paul was given the Young Composers Award at the Huddersfield Contemporary Music Festival where the Arditti Quartet played short-listed works that year. Since then Paul has written two pieces for the Ardittis, and made arrangements of Nancarrow Studies for them, commissioned by Audi AG and West Deutscher Rundfunk. Other commissions came from South West German Radio for the 2004 Donaueschinger Musiktage and jointly from WDR and Ensemble Modern to write a piece based on sketches for a Pianola Concerto left unfinished by Nancarrow. This piece, the /Nancarrow Concerto/ was performed by Ensemble Modern and pianolist Rex Lawson for whom the Concerto was originally to have been written. A recording was later released by Wergo. It was described by one reviewer as '... cheerful turbulence, combining the genius of Nancarrow with that of Mickey Mouse'. Paul's music has been performed at the Donaueschinger Musiktage, the Huddersfield Contemporary Music Festival and Wien Modern, as well as in The Netherlands, France, Germany, North and South America, by groups, soloists and conductors including the Composers Ensemble, Ensemble Aleph, Sarah Nicolls, Jonathan Powell, Hans Zender, Fabrice Bollon, the Arditti String Quartet, Ensemble Modern, the Nieuw Ensemble and the SWR Orchestra.

'At the moment I think of writing music as about making connections, connections between the matter of individual movements, between movements themselves, between pieces and also between the music of others. I often begin with a few fragments? of my own, or another composers work? as a starting point. In recent years I have been working on an open ended series of pieces written for pianola. There are currently 119 of these. '

On A Crypt for Christina '...romantic dreamlike quality...'

'...Usher's A Crypt for Christina, whose concealed quotations yearn nostalgically for a world of unquestioned beauty.'

'The cheerful turbulence combined the genius of Nancarrow with that of Mickey Mouse.'