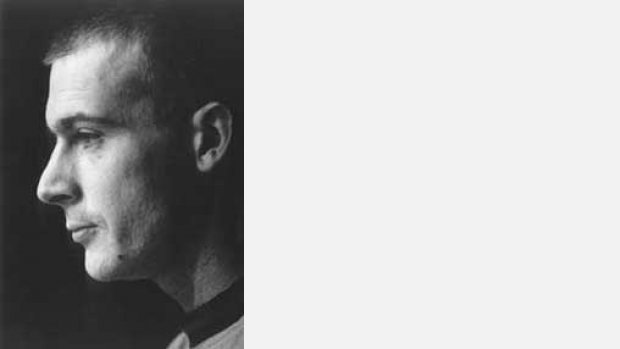 Paul Newland studied composition with Anthony Gilbert and Sir Harrison Birtwistle (Royal Northern College of Music Manchester), Michael Finnissy (Royal Academy of Music), Jo Kondo (Elisabeth University of Music Japan) and Simon Holt (Royal Holloway University of London). His work had been performed and broadcast by ensembles and artists such as [rout], 175 East, Arditti Quartet, Asko Ensemble, BBC Symphony Orchestra, BBC Scottish Symphony Orchestra, Richard Casey, Jane Chapman, Composers Ensemble, Exquisite Corpse, Rolf Hind, Philip Howard, Huuj Ensemble, Ives Ensemble, Ixion, Jane's Minstrels, Seth Josel, Mieko Kanno, London Sinfonietta, Noszferatu, Psappha, and Opus 20.His work has featured at several festivals including Bath Festival, Gaudeamus International New Music Week, Hoxton New Music Days, Huddersfield Contemporary Music Festival, Oxford Contemporary Music Festival, Spitalfields Festival, State of the Nation and Ultima. CD releases include Standing Jump recorded by [rout] and Butterfly dreaming... performed by Philip Howard both available on The Divine Art label.Recent projects include "1-4" for solo harpsichord commissioned for Jane Chapman premiered last year at The Spitz and to be released by NMC in 2009, "situation 1", "situation 2" and "environment" premiered by [rout] at HCMF 2007's "The Night of the Unexpected" and "time quivers" for ensemble Radius premiered at Wigmore Hall in January. In May his work featured with the music of Jo Kondo as part of a double portrait concert at Kettles Yard Gallery Cambridge. He is currently working on a new piece for the London Symphony Orchestra commissioned as part of their recent project UBS Soundscapes:Pioneers .In 1995, with composers Paul Whitty and Sam Hayden, he co-founded [rout], a collection of musicians and composers dedicated to collaborative inter-disciplinary performance. Several of his works have been written especially for [rout]. Recent [rout] appearances include Huddersfield Contemporary Music Festival, Glasgow's Centre for Contemporary Art and Trinity Laban's Wired Up festival. For further information see www.routweb.com . In 2004 he formed the electric guitar duo Exquisite Corpse with guitarist David Arrowsmith. Exquisite Corpse's focus is the exploration of the physical quality and presence of sound through collaborative performance and structured improvisation.Paul has received a number of awards including the RPS Composition Prize 1990, a Paul Hamlyn Foundation Award in 1993 and a Special Mention at the 1995 International Gaudeamus New Music Week. In 1995 Gyorgy Ligeti awarded him the Royal Academy of Music's Josiah Parker Prize for "peripeteia".Paul is currently Professor of Composition at both the Guildhall School of Music and Drama and at Trinity Laban, London.

"Through my work I explore the physical presence and innate physical quality of sound. I present these sounds as found objects as physical brute facts. Focusing on the quality of each sound or passing moment, the timing and spacing of sound and silence, I mark the passing and flow of time. Slowing focuses attention on the detailed timbres and shifting textures of these almost static sounds enabling the ear to become absorbed in the sonic moment and to shift its attention across the surface of these almost frozen sonic objects much as the eye may shift and flit across the surface of a work of visual art. I enjoy the pared-down reduced quality of much Japanese art. What is the least we require to create a work?
Whilst thinking of my works as discrete objects I'm also fascinated by the ephemeral quality of music particularly in performance and enjoy playing with the tension which exists between chance and formality in a work. I'm concerned with the nature of time passing. Remaining in the present, each moment eludes me, instantly becoming a memory. I am the sum of my memories. I understand the present in terms of my past. I share the Japanese fascination with transience, perishability and flux. My work allows chance sonic discoveries and accidents to occur within formal temporal frameworks and circumstances, creating a piece of music, a sonic environment, phenomena or presence for the audience to encounter in much the same manner as they might encounter a visual art work in a gallery.
I'm interested in further investigating the different ways listeners may encounter my work. I enjoy making concert pieces but also exploring the possibility of creating pieces and environments which listeners may encounter whilst going about their daily lives outside of the concert hall."
Paul Newland

'"...butterfly dreaming", prefaced by three mysterious Chinese riddles on the nature of being and consciousness. The piece's sparse succession of delicate high chords, interrupted by single sfffz notes, finds enigma and fascination among its repetitions and abscences.'
James Weeks, Tempo 58/229, July 2004