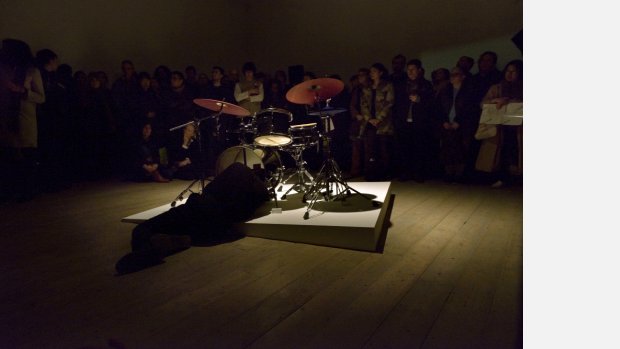 Paul Abbott is an artist and musician based in London, exploring the relationships between music, language and politics through a drum kit, performance, writing and publishing. He often works collaboratively – and has performed and exhibited internationally, including at: Cafe OTO, Raven Row, Tate Britain, Rotterdam International Film Festival, London Film Festival, Courtisane and Counterfows. He is co-editor of Cesura//Acceso: a journal for music and politics. Other recent projects include: lll with Seymour Wright/Daichi Yoshikawa and The Legal Team with Cara Tolmie.