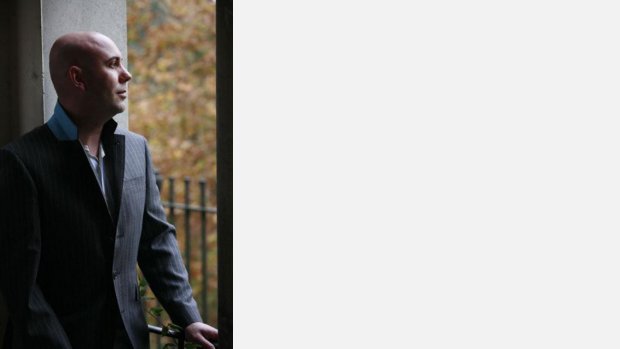 Patrick Nunn (b.1969, Sussex, UK) studied composition with Frank Denyer at Dartington College of Arts, Gary Carpenter at the Welsh College of Music and Drama and with Simon Bainbridge and Jonathan Harvey whilst completing his PhD in composition at the Royal Academy of Music (funded by a PRS Scholarship).He has been the recipient of many prizes and awards including the Alan Bush prize for Transilient Fragments(2006), a British Composers Award (solo/duet category) for Mercurial Sparks, Volatile Shadows (2005) and the BBC Radio 3 composing for children prize for Songs of Our Generation (1995).Nunn's music has been widely performed in the UK and on the continent and has featured at over forty festivals worldwide. He has written and worked with a diverse range of collaborators including Diego Masson, Composers Ensemble, Kreutzer Quartet, Piano Circus, Icebreaker, Sound Intermedia, Ballet Rambert, The Gogmagogs, Mark Simpson, Thalia Myers, Rarescale and New London Children's Choir.Under the auspices of Tod Machover (MIT) and in his role as Hyperbow Researcher at the Royal Academy of Music, Nunn wrote two new works incorporating Diana Young's (MIT) Hyperbow design - Gaia Sketches for solo cello and live electronics (nominated work in the New Media category, British Composers Awards 2006) and Fata Morgana for cello, ensemble and live electronics. Young and Nunn documented the collaborative process between composer and engineer in a research paper presented at the 2006 NIME conference at IRCAM.In addition to his extensive work as an educator, Nunn has recently completed two ABRSM commissions for their spectrum series and is currently working on a new work for orchestra and live electronics.

'My ideas proliferate from an initial response to something external— a single sound, an image, a concept - each object holding potentials that when examined at a microscopic level or distance, reveal their secrets. My responses to them becomes my obsession – and through technology, I zoom in closer or change my angle, mould and distort my objects from and to any point— creating moments of convergence, mutual influence, hybrids and illusions.'
Patrick Nunn

'Into My Burning Veins A Poison… is a very beautiful piece which cannot fail to touch audiences.'
Carla Rees (Pan, Flute Magazine, March 2007)

'One of the most striking and challenging works was Patrick Nunn's 21 st Century Junkie in which… sampled sounds of contemporary life… provides a backdrop for the propulsive chordal textures built up within the ensemble. The sheer richness of sonorities and impetus was compelling.'
Malcolm Miller (Music & Vision, 4 May 2007)