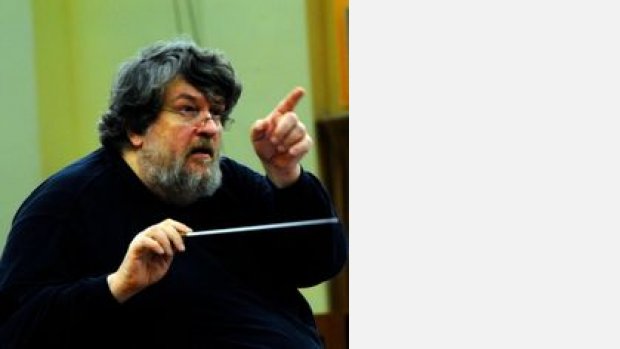 Oliver Knussen was one of the world’s most eminent and influential composers, creating work of crystalline concision, complexity and richness. Born in 1952, he studied composition with John Lambert in London and Gunther Schuller at Tanglewood. He was just fifteen when he wrote his First Symphony (later conducting its premiere with the London Symphony Orchestra) whilst his Third Symphony (1973-9), dedicated to Michael Tilson Thomas, is now widely regarded as a twentieth-century classic. A number of dazzling ensemble works, including Ophelia Dances (a Koussevitzky centennial commission, 1975) and Coursing (1979), cemented Knussen’s position at the forefront of contemporary British music.

In the 1980s, Knussen collaborated with Maurice Sendak on an operatic double-bill – Where the Wild Things Are (1979-83) and Higgelty Pigglety Pop! (1984-5, rev. 1999). Originally produced by Glyndebourne Festival Opera, these works have been performed extensively in both Europe and the USA and have been recorded on CD and video.

Knussen’s ebullient concert opener Flourish with Fireworks (1988) quickly entered standard orchestral repertoire, as did his concertos for horn and violin. The latter, written in 2002 for Pinchas Zukerman and the Pittsburgh Symphony, has received close to 100 performances worldwide under conductors including Barenboim, Dudamel, Eschenbach and Salonen. Recent works include Ophelia’s Last Dance (2010) for piano, Reflection (2016) for violin and piano and O Hototogisu! for soprano, flute and ensemble. Knussen’s music was the subject of a BBC Symphony Orchestra ‘Total Immersion’ festival at the Barbican in 2012 – one of many events organised to celebrate his 60th birthday.

As one of the foremost composer-conductors in the world, Knussen was renowned for his unfailing advocacy across a wide range of contemporary music.  He recorded prolifically and presided over numerous premieres, including important works by Carter, Henze and Anderson. Recipient of the Royal Philharmonic Society’s Conductor Award in 2009, he was Artist in Association with the BBC Symphony Orchestra (2009-2014), Music Director of the London Sinfonietta (1998-2002), Head of Contemporary Music at the Tanglewood Music Center (1986-93) and Artist in Association with the Birmingham Contemporary Music Group. He was Artistic Director of the Aldeburgh Festival from 1983 to 1998, and in 1992 established the Britten-Pears Programme’s Contemporary Composition and Performance Courses in collaboration with Colin Matthews.

Knussen lived in Snape, Suffolk, and was appointed a CBE in 1994. In 2014 he became the inaugural Richard Rodney Bennett Professor of Music at the Royal Academy of Music, London. Other accolades included the Ivor Novello Award for Classical Music, the ISM Distinguished Musician Award, and the 2015 Queen’s Medal for Music.