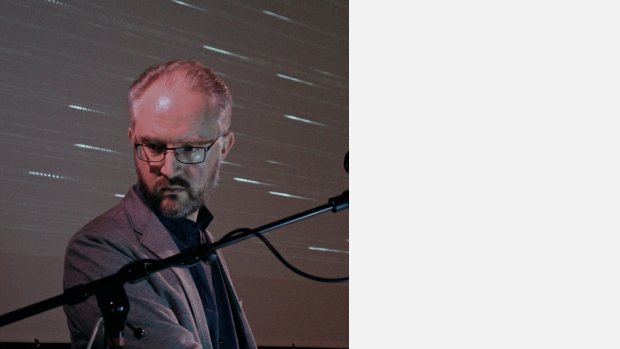 Recent work includes Chit-chat (2017), an interactive installation for Science Gallery, Dublin that transforms a visitor's vocalization into birdsong (recently on tour at Scenkonstmuseet, Stockholm); Vanishing Points (2017) for clavichord, mobile phones and live electronics; and The Undulatory Theory of Light (2018), an installation-performance that investigates wave motion through interrelations between light, sound and water.

As a performer, Nicholas has conducted his music at venues including Lincoln Center, New York; The National Gallery, Washington D.C.; London's Barbican Centre; and has performed as a pianist at venues including Wigmore Hall and Kings Place in London. As a writer and researcher, he has published theoretical articles on issues in contemporary music/audio-visual culture in journals such as Organized Sound and Contemporary Music Review. Nicholas Brown was educated at Magdalen College, Oxford University and Manhattan School of Music, New York, where he studied composition with American composer, Ned Rorem. He currently holds the post of Ussher Assistant Professor in Sonic Arts at Trinity College Dublin and is an Associate Researcher at the Orpheus Institute, Ghent.