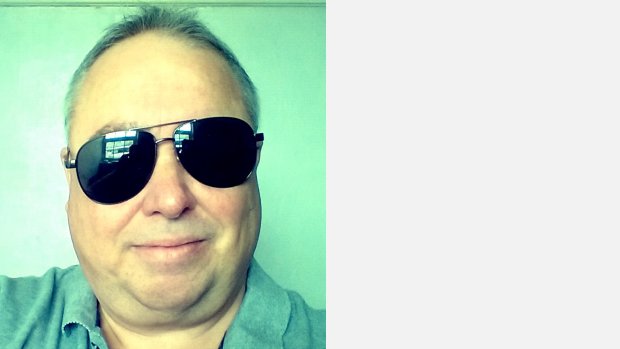 British Composer and Recording Artist Neil March is a BBC Introduding artist who has played their stage at Latitude 2017 where he performed with his ensemble The Music of Sound. Highlights from his live set were broadcast by BBC Radio 3, BBC 6 Music and BBC World Service. His music has been regularly featured on these and other radio stations since his Urban Art Music album was released by Demerara Records in 2014 though it was the release of his 2017 EP Music To Plan Towns By that really grabbed the attention of the contemporary music media. The new single Water (1st Movement) was featured on Stuart Maconie's Freak Zone on BBC 6 Music in October 2017.

You can hear these and other new tracks by Neil at https://www.soundcloud.com/demerararecords

Neil’s music is marked out by his use of pre-recorded everyday sounds (industrial & commercial machinery, sirens, alarms, motor engines, church bells, tannoys, shopping malls, railway stations etc.) not merely for sound effects but, where possible, as actual pitched instruments of melody, harmony and texture playing against or alongside notated music.

Neil appeared on Gareth Lloyd‘s show on BBC 3 Counties Radio on Saturday 1st July 2017playing tracks from the Music To Plan Towns By EP; talking about his forthcoming appearance on the BBC Introducing Stage @ Latitude 2017 and about his unique method of composing with pre-recorded sounds as instruments of harmony and how growing up next to the industrial estate in his home town of Hemel Hempstead influenced his musical ideas and outlook. The EP has received further BBC airplay in the past week. On Friday Radio Dacorum played all four tracks back to back on their Friday Drivetime Show. On 9th July 2017 Music To Plan Towns By (track 1) was also selected by music and broadcasting legend Tom Robinson for his Mixtape show on BBC 6 Music.

Neil March has enjoyed strong radio support for his music. He has been a regular on Late Junction (BBC Radio 3) especially with Max Reinhardt, Fiona Talkington, Nick Luscombeand Anne Hilde Nesut and his works have featured on Freak Zone (BBC 6 Music) with Stuart Maconie, Tom Robinson Saturday evening show and his BBC Introducing Mixtape show on BBC 6 Music; on Flomotion (Nick Luscombe), Hello Goodbye Show and The Clear Spot (Dan Ross)on Resonance FM and on Get Fresh for the Weekend (Marc Ainscough) on Radio Dacorum as well as numerous non-UK stations and internet radio channels.

In January 2018 Neil was appointed by musician and broadcaster Tom Robinson to become part of his team of moderators and reviews writers for the Fresh on the Net Listening Post, selecting the best of the new tracks submitted to the FOTN Uploader for the public vote and periodically writing up the reviews of the listeners' top ten Fresh Faves. Neil is also author of the popular and stylistically wide-ranging new music blog Trust-The-Doc which covers contemporary classical, experimental and leftfield genres alongside Jazz, Folk, Pop, Urban and other areas of new music.

Neil March was born in Hemel Hempstead of Welsh and English parentage. He had been due to study for a degree in music composition at Dartington College of Music & Drama  at age 18 but a series of events saw him turn his back on the classical world; instead throwing himself into popular music genres. His pop music career included recording deals with Unicorn Records, Bluebeat Records (then owned by Bad Manners vocalist Buster Bloodvessel) and others before setting up his own label Ravensbourne Records in 2002, launching the career of Kevin East and releasing a number of singles and albums over a five year period. Among his collaborators were musicians who went on to achieve commercial success with bands like Sleeper, The House of Love and Julian Cope. He also recorded a number of tracks with Alex Smith of Moving Pictures who had a number one single in Australia and appeared on the original Footloose soundtrack.

In 1997 Neil had been lined up to write and direct a solo album by Kofi Kari-Kariof Jamiroquai and Imagination but unhappy with the terms, he instead allowed his friends’ publishing company MSQ Music to have the rights to the songs leading to the formation of Acid Jazz band Junction 8 and the release of the West Skyline EP.  During this period he also played Keyboards and was songwriter and musical director for the model-turned-singer Silhouette.

Neil would eventually return to classical study in the mid 2000s at Birkbeck, University of London where he studied initially with David Sutton-Anderson and Paul Sarcich. Encouraged by David and his wife Avril Anderson Neil moved on to Goldsmiths, University of Londonwhere he obtained a Masters (MMus) and PhD (Doctorate) in composition, studying with Roger Redgate.

Between 2009 and 2012 he gave a series of joint presentations with pianist and dancer Marilyn Wyers focusing on the correlation between their research interests and her use of his music in her own work. The venues included Cambridge University, University of Middlesex, Guildhall College of Music & Drama, the Barbican Centre, Senate House, St Catherines School (Athens, Greece) and Goldsmiths, University of London. The pair also curated an international conference about the relationship between sound and movement funded in part by the Institute of Music Research (IMR). Marilyn dedicated a chapter of her book Sound Music & the Moving-Thinking Body to analysing Neil's piano music in relation to his use of movement and stasis as metaphors for events and behaviours in his living and working environment.

In 2014 Neil launched the digital music label Demerara Records initially to release his solo set Urban Art Music before going on to curate and release the ground-breaking 3 hour long compilation This is Tomorrow Calling (showcasing works by 26 composers and a number of artists drawn from over 20 nationalities and 4 continents) in 2015 and then albums by a number of composers and artists including Guy Avern; Nicolas Horvath; Joshan Mahmud/Moda Trio and Jostein Fretland/Fivrel.

Neil’s Water (1st Movement), his first release with his ensemble The Music of Sound and the Music To Plan Towns By EP are among the label’s newest releases and represent a shift in direction away from albums and towards singles and individual tracks geared towards achieving royalties from streaming, broadcasting and performance. He has now launched a bi-monthly live event at London's Ivy House in Nunhead entitled Demerara Records Presents. You can find information and links about Neil and his musical activities by visiting https://www.demerararecords.com