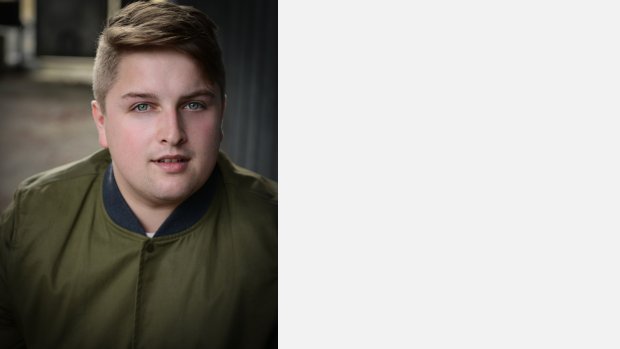 Nathan James Dearden (b. 1992) is a composer and conductor, whose music is regularly performed across the UK and overseas by a variety of different instrumentalists and ensembles, from both community ensembles to internationally renowned musicians.

Nathan's music has been commissioned, performed, featured and workshopped by the London Philharmonic Orchestra, Berkeley Ensemble, The Tippett Quartet, Genesis Sixteen, BBC National Orchestra of Wales, National Youth Orchestra of Wales, The Heath Quartet, Grand Band, the Fidelio Trio, Hebrides Ensemble, CHROMA ensemble, Carla Rees and The Dunedin Consort. His music regularly features in concerts across the UK and overseas, including at the Cheltenham Music Festival, Dartington International Summer School and Festival, International Young Composers' Meeting, CROSSROADS International New Music Festival and Vale of Glamorgan Festival of Music. Nathan was an inaugural Young Composer-in-Residence with the National Youth Orchestra of Wales and Music Creator for Sinfonia Newydd in 2013. His music has been broadcast on BBC Radio 3, BBC Radio Wales and BBC Radio Cymru.

Upcoming projects include a song-cycle collaboration with composer and pianist Michael Finnissy, a new work for pianist Mary Dullea as part of an album project with the Tŷ Cerdd Label, an outreach collaboration in commemoration of the 50th anniversary of Swansea receiving city status with the Welsh National Opera, plus a commission from National Youth Arts Wales for a new work for National Youth Choir of Wales. For their 2020 season, Nathan is a Young Composer with the National Youth Choirs of Great Britain, creating new music with the choirs in partnership with NMC Recordings and the PRS Foundation.

Nathan has recently been awarded an Early Career Public Engagement Grant from the Institute of Musical Research in support of Spotlight Series: Finnissy at 70 and was selected as a London Philharmonic Orchestra Leverhulme Arts Scholar for their 2016/2017 season. In May 2017, Nathan received the inaugural Paul Mealor Award for Outstanding Young Composers by the Welsh Music Guild.

As a conductor, Nathan is carving a career as one of the most sought-after interpreters of his generation for the performance of twentieth and twenty-first century repertoire. Nathan has held posts and guest conductorships at National Youth Orchestra of Wales, National Youth Choir of Wales, CHROMA, Cardiff University, Cardiff Contemporary Music Group, London Metropolitan University / CASS Institute, and is currently the Director of New Music Collective and New Voices Consort at Royal Holloway, University of London. Nathan made his London Philharmonic Orchestra conducting debut with members of the LPO at their 2018 Summer Gala. Nathan has recorded, performed and premiered works by established living composers such as Judith Weir, David Lang, Caroline Shaw, Michael Finnissy, Benjamin Tassie, Gavin Bryars and Howard Skempton, plus hundreds of new works by young and emerging composers.

Based in South East England, Nathan is currently Performance Manager, Visiting Lecturer in Music Composition, Conductor of the New Voices Consort and New Music Collective and Postgraduate Research Scholar at Royal Holloway, University of London. Supervised by Mark Bowden, Helen Grime and Julian Johnson, Nathan’s research interests include parody in music, and music as a form of social commentary.

Nathan is a Member of the Incorporated Society of Musicians (SMISM), a Trustee of Classical Remix, Board Member of the Welsh Music Guild and a Fellow of the Higher Education Academy (FHEA). 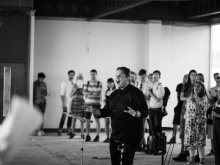 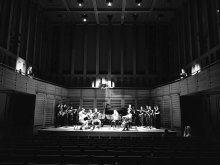