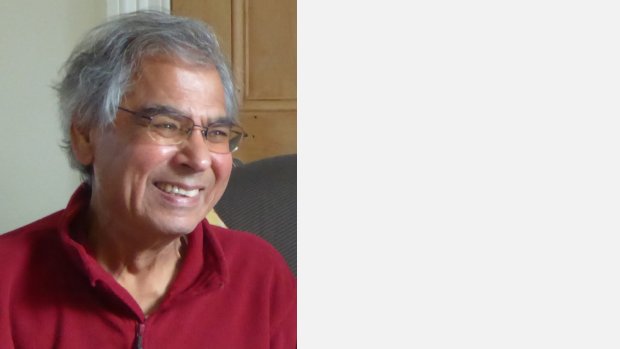 Born in Punjab in 1939, the son of an Urdu poet and civil servant, Sohal quickly discovered he had a talent for music. He took up the harmonica and played the popular music he heard on All India Radio to gatherings of his fellow college students. Soon, he was composing marches and waltzes for the Punjab Armed Police Band. Keen to have a career in the Indian film industry after graduation, he travelled to Bombay. There he had his first encounter with western classical music: he heard Beethoven’s Eroica symphony on the wireless during the monsoon. This powerful work changed his life forever: he resolved to become a composer in the western tradition. He persuaded his father to let him travel to the UK to pursue his ambition, and arrived in 1962 with £2 in his pocket.

After a grisly start in menial employment, he joined the London music publisher, Boosey and Hawkes, as a copyist. His steady hand, and keen interest in the scores of the composers whose pieces he worked on meant that, before long, he was the company’s top copyist, and well-versed in musical theory. He supplemented his on-the-job learning by attending adult education classes and, briefly, was a student of the respected teacher/composer, Jeremy Dale Roberts.

Sohal’s own compositions soon caught the attention of the musical establishment and by the early 1970s he had had a number of public performances of major orchestral works, and was composing full-time, supported by an annual bursary from The Arts Council of Great Britain, the first composer to receive this award.

He went on to produce well over sixty compositions, ranging in magnitude from small chamber works for voice and piano to major works for orchestra, chorus and soloist. His music was performed nationally and internationally by artistes of the highest repute. These included the BBC Symphony, the Israel Philharmonic, the New York Philharmonic, the London Symphony and the Royal Scottish National orchestras. Conductors included maestros Sir Andrew Davis, Zubin Mehta, Martyn Brabbins – all of whom have been actively committed to performing his work. Sohal received eight commissions from the BBC, two of which were for major orchestral works for the BBC Promenade Concerts, and has had more than forty broadcasts on BBC radio. He was awarded a Padma Shree for his services to music by the Indian government in 1987.

Sohal has always had a unique voice in western contemporary music. He created a sound world that was colourful, daring and innovative. He made use of some of the nuances of Indian classical music – he employed quarter-tones and complex rhythms now and then –  but he insisted that he was not interested in the gimmickry of melding two musical traditions together. Instead, the philosophy of the Indian sub-continent was what concerned him. His aim was to give expression to ideas first formulated in the Upanishads and the Vedas, and to use the forces afforded by Western classical instruments and artistes to best advantage to do it. He dedicated much of his musical life to this goal.

His first major Prom piece, The Wanderer, deals with the bleak realisation that we are alone in the universe; Lila describes the process of spiritual enlightenment; Tandava Nritya is an account of the endless cycle of destruction and recreation that drives the universe; the ballet Gautama Buddha explores the life of Buddha, and his second major Prom piece The Cosmic Dance, deals with the origin of the universe from a Vedantic perspective. Satyagraha, for orchestra, was written to celebrate fifty years of Indian independence. As the British theme of Rule Britannia retreats, Gandhi’s favourite bhajan, Vaishnav Jan To Tene Kahiye, emerges.

In other works, Sohal drew heavily on the poetry of the sub-continent, setting many poems by Rabindranath Tagore. In the later part of his career, he tackled Waris Shah and Bulleh Shah. He broke new ground by using Punjabi and Bengali in the western classical context. He felt that the universal truths expressed by these poets deserved an international audience.

Sohal died suddenly of a massive heart attack on 30th April, 2018, aged 78 years. He died on Buddha Purnima, the day that, in India and Nepal, marked the birth, death and enlightenment of Buddha.

His life and work spanned two cultures. He provides an important role model for young people of BME origin everywhere.

Works on Soundcloud
'Songs of Desire 1' performed by Patricia Rozario, soprano and Mark Troop, piano.
'A Mirage' for piano, performed by Konstantinos Destounis 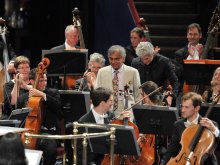 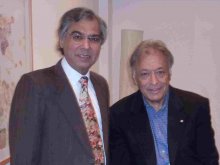