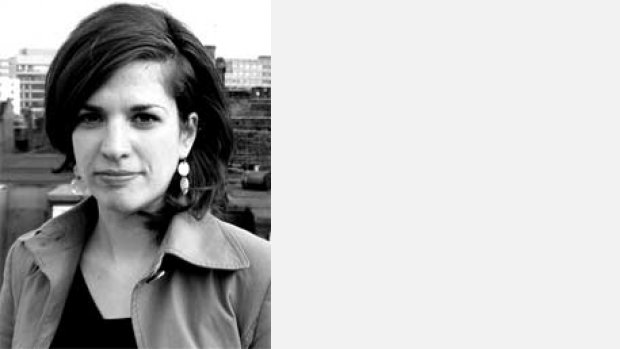 Naomi Pinnock (b.1979) is an SPNM shortlisted composer. Her music has been described as having ‘wit and exuberance’ (Tempo) and demonstrating a 'flair for the theatricality of musical gesture' (The Independent on Skirr). Performers of her music include Pierre-André Valade, the London Sinfonietta and Endymion.

She graduated from King’s College London in 2001, where she studied with Harrison Birtwistle, and went on to study with Brian Elias at the Royal Academy of Music. She has taken part in workshops and masterclasses with Brian Ferneyhough, Peter Maxwell Davies and Simon Holt and will be going on to study with Wolfgang Rihm in Karlsruhe, Germany. As an arranger and orchestrator she has worked with Diana Ross and producer Peter Asher.

Recent performances include Skirr, which was written for and performed by Endymion at the Purcell Room. A collaboration with choreographer Alexander Whitley culminated in successful performances of From two to two ones with the Rambert Dance Company at The Place. The Nose was commissioned by the New London Children's Choir and Ronald Corp, with performances given in London and Europe. Future projects include a commission from the Vigani Cabinet in Cambridge, an ensemble piece - RE-sonare - for accordion, cimbalom, bass marimba and steel drum and a meta-musical work, using Mozart’s Requiem, to be performed at Canterbury Cathedral by Nicholas Cleobury and Southbank Sinfonia as part of the Sounds New Festival.