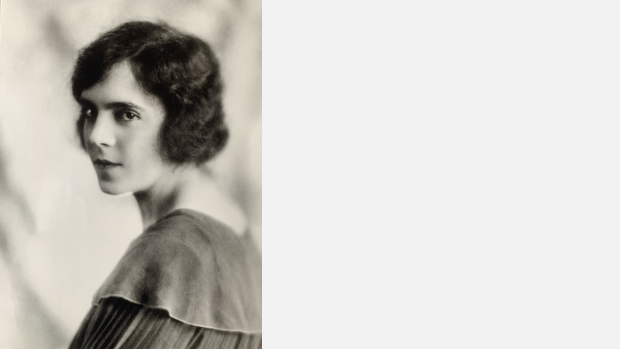 Muriel Herbert (1897-1984) was an English composer of vocal music. During her lifetime, she appeared on the radio a number of times performing recitals of her own compositions and had a number of works published. Born in Sheffield in October 1897, she grew up in Liverpool where she was raised in a musical household. During her early childhood, Muriel’s father passed away and she turned to music as a refuge; she was cherished by her brother Percy, who greatly encouraged her to make her own music as well as play that of others. She was somewhat of a prodigy, as a talented singer, pianist and composer, with her earliest surviving manuscripts dated 1913, when she would have been just 16 years old.

Muriel continued composing at home, encouraged by Percy but also by local journalist, Hugh Farrie, who became a new father figure to Muriel and guided her through her musical education, financially as well as emotionally. In 1917, Muriel was awarded the Liverpool Scholarship for Composition and began studying at the Royal College of Music. While there, she continued to compose under the tutelage of Charles Villiers Stanford. Despite experimenting with instrumental composition, Muriel would always return to song. She met Roger Quilter just after leaving the Royal College and, upon hearing her songs, Quilter took her to the publishing headquarters of Augeners, where they agreed to publish a handful of her songs. Muriel unrequitedly fell in love with Quilter, but dedicated her setting of Alice Meynell’s Renouncement to him nonetheless.

In 1925, Muriel met the French academic Emile Delavenay. He had come to England to study and, despite being eight years younger than Muriel, fell in love with her. The two went to concerts together, and exchanged volumes of poetry; Emile gave Muriel her copy of Walter de la Mare’s The Listeners, which inspired her setting of The Lake Isle of Innisfree, later published by Elkin & Co. in 1928. The two were married in Kilburn in July of that year, and welcomed their first daughter in 1929. During the pregnancy, Muriel met James Joyce in his Paris apartment and played him her settings of his poetry (I hear an army charging; She weeps over Rahoon; Lean out of the window Goldenhair; Now, o now in this brown land; O sweetheart, hear your lover’s tale); he is remarked to have exclaimed that "the music was way too good for the lyrics", and gave his blessings for her to publish them when she wanted to.

Soon after the birth of their first daughter Marguerite, it became clear that neither Muriel nor Emile were happy in their marriage. Emile was sceptical of Muriel’s anxiety and depression and despite loving her music, wondered how to get her into what he saw as the real world instead. Notwithstanding the tension between the pair, they had a second daughter, Claire, in 1932. From here, it is clear to see that the realities of motherhood prevented Muriel from composing as freely as she had done before. Her compositional output greatly dropped, and opportunities to perform in concerts or on the radio lessened to almost nothing. She became a devoted mother, having always wanted to have children, and focused on her personal life instead, but the tension in the marriage became too much and in 1941 Emile divorced Muriel, claiming her of unsound mind. Though she was upset by this break, Muriel picked herself up and carried on with her life, relocating from London to Welwyn Garden City where she became a music teacher to her community, teaching both voice and singing. She also slowly began to compose again, favouring the genre of children’s songs and operettas which she could use in her work as a teacher.

Muriel remained in Welwyn Garden City until just before her death, when she briefly lived nearer to Claire in London. After she passed, Claire found the boxes of manuscripts and early publications and suddenly realised quite what a composer her mother had been. Muriel’s songs belong to the category of English Song, championed by her contemporaries including Ivor Gurney, John Ireland and Roger Quilter. She set English poems in a quintessentially melodic way with subtly chromatic harmonisations, but added her own dramaticism to some very powerful accompanying passages. The image of Muriel sat at her black Bechstein, accompanying her own voice and performing her own works is beginning to be more cherished; her student, Bill Lloyd, put together a CD with Claire in 2009 featuring 36 of her songs, and the publishing house Bibliofox has released a songbook in Muriel’s name.

The British Music Collection thanks Maisie Lewis (Bath Spa University) for providing the above information.