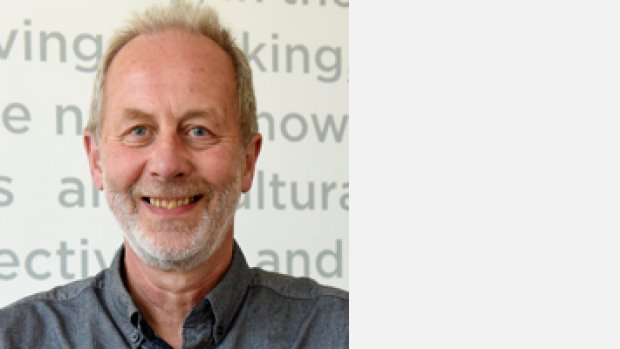 Professor Mike Vaughan, studied at Dartington College of Arts with James Fulkerson and Frank Denyer and Nottingham University with Nigel Osborne and Peter Nelson where he was awarded a Ph.D. in 1989 for work based on the use of general compositional algorithms. In 1988 he was awarded an Arts Council bursary to continue research in compositional strategies for solo instrument and tape at Birmingham University and in 1994 was nominated for a major Arts Foundation award. From 1987 he worked as a freelance composer and lecturer in composition and Music Technology before moving to Keele in 1991 to help develop and launch the first undergraduate programme in Electronic Music. He currently teaches on both Music and Music Technology courses.

His main research area is in composition, including a variety of electroacoustic works in addition to solo and ensemble instrumental pieces. These have been performed or broadcast in the UK and worldwide and have received recognition in the form of prizes in a number of international competitions, including the Bourges festival of electroacoustic music (1987 and 1991), the Prix Ars Electronica (1992 and 1994) as well as programming in international events. These include the International Computer Music Conference (1990, 1993, 1996, 1997 and 2001) and the Festival Internacional de Music Electroacustica, Havana (1998, 2004). They have been performed by a variety of well-established ensembles, soloists and organisations including Lontano, L’itineraire, Elision, Yoshikazu Iwamoto, Gianpaolo Antongirolami, Susanna Borsch, Mieko Kanno, Jane Chapman, Ensemble Synergy, Christoph Kirschke and Primoz Parovel.

Image and biography from Keele University