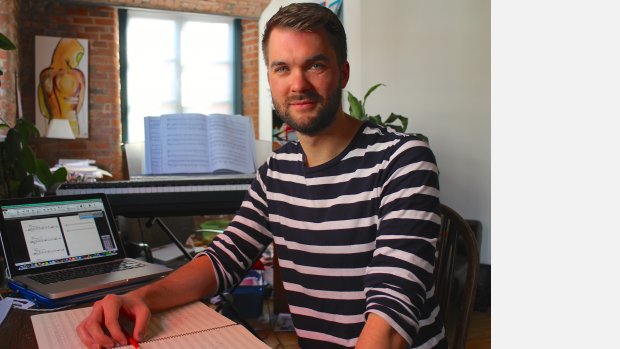 Michael is a composer, conductor and animateur based in Manchester, UK. He studied at both the University of Manchester, with Camden Reeves, and the Royal Northern College of Music, with Adam Gorb and Gary Carpenter, winning numerous prizes at both establishments. His music has been performed by the London Symphony Orchestra, violinist Nicola Benedetti, soprano Sarah Leonard, soprano Lorna James, the BBC Singers (workshop), players from the Manchester Camerata (workshop), the Haffner Wind Ensemble (workshop), pianist Clare Hammond, amongst others. Amateur performers of his music include The Cobweb Orchestra, Aldworth Philharmonic Orchestra and The London Welsh Chorale. His music has been performed at venues such as the Bridgewater Hall in Manchester, Town Hall in Birmingham, the Howard Assembly Room in Leeds, LSO St Luke's in London and the Riverside Studios, also in London.

In 2013 he was selected by the Britten Sinfonia for their OPUS2014 scheme as well as by Sound and Music and Making Music for their adopt-a-composer scheme and is in the process of composing five site specific works for underground location across the north culminating in a large scale 'Underground Symphony' performed by The Cobweb Orchestra at The Sage, Gateshead in November 2015. In the same year he was also commissioned by the Rochdale Literature and Ideas Festival, in their inaugural year, to create a site specific work for the council's award winning new offices, Number One Riverside. The resultant work was frozen music - a three hour installation piece for youth wind band inspired by the work of local poets. 2014 saw performances of his work in Spain and the USA, as well as scenes from a new opera workshopped on Second Movement's rough for opera scheme.

He was also commissioned by RNCM Outreach to devise, lead and create a site specific work for young people which was performed in the Bridgewater Hall foyer and the Imperial War Museum North. Performances in 2015 include a large scale site specific choral work for the Salisbury International Arts Festival entitled Markert Songs for 300 singers and further development of his flexible youth musical You Can't Do That. He is also composing a new singer-instrumentalist opera for re:sound music theatre in collaboration with the Aldeburgh festival and was commissioned by the London Symphony Orchestra alongside violinist Nicola Benedetti and eighty beginner instrumentalists entitled look mum no hands!

He is co-founder and musical director of New Space Productions, a theatre company that specialises in site-specific productions. Their inaugural work Indigestion - a musical set in a working restaurant - has seen performances in Manchester and London including The Lowry Restaurant in Salford Quays, the Royal Northern College of Music, and Riverside Studios in Hammersmith, London. The London performance was part of the tete a tete opera festival. It was also selected by the Library Theatre in Manchester for their prestigious re:play festival in 2012 demonstrating the best fringe theatre in the city that year. Their second work There and Back Again commissioned by the Lost and Found Festival in association with Contact Theatre, Manchester, was performed on the Manchester Metrolink (the city's tram network) in September 2012.

Michael is co-founder of Collectives and Curiosities alongside composer Jacob Thompson-Bell. Experimental in nature the group explores alternative performance options through collaboration, use of non-traditional performance settings, and unusual performance practises. The group was an inaugural member of London Symphony Orchestra's Soundhub scheme and saw a performance of a newly commissioned work by players from the orchestra entitled Serenade in January 2014. As a conductor Michael's masters featured a minor in conducting with Mark Heron and he was also one of the first recipients of a young conductor's scholarship from the group Sing for Pleasure. He has worked with Manchester Universities Gilbert and Sullivan Society, Vaganza (University of Manchester's New Music Ensemble), and Shilo Theatre Company, amongst others. He currently conducts the Greater Manchester Police Male Voice Choir (GMPMVC) and Cantare Ladies Choir in Rochdale, as well as working for Rochdale Music Service. This year he will be community chorus director on The Oresteia at HOME - Manchester's newest theatre. As an animateur Michael has worked for numerous organisations such as Birmingham Contemporary Music Group, Opera North, RNCM Outreach and the London Symphony Orchestra. He also has taught composition at Junior RNCM, Yorkshire Young Musicians and King's School in Macclesfield." 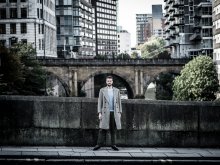 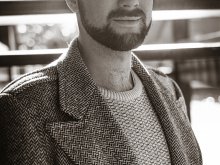