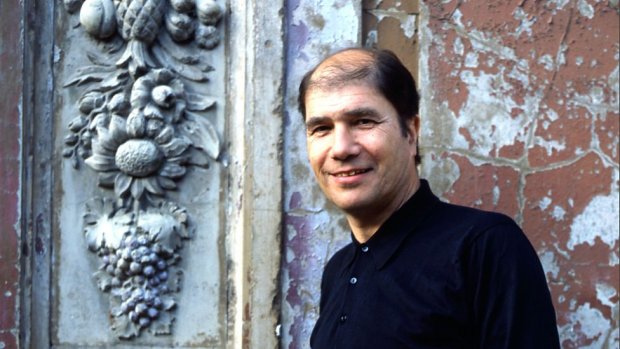 Michael Berkeley was born in 1948, the eldest son of the composer Sir Lennox Berkeley and a godson of Benjamin Britten. As a chorister at Westminster Cathedral, singing naturally played an important part in his early education. He studied composition, singing, and piano at the Royal Academy of Music but it was not until his late twenties, when he went to study with Richard Rodney Bennett, that Berkeley began to concentrate exclusively on composing. In 1977 he was awarded the Guinness Prize for Composition; two years later he was appointed Associate Composer to the Scottish Chamber Orchestra. Since then Michael’s music has been played all over the globe and by some of the world’s finest musicians.

Major works of the 1980s include Gregorian Variations conducted in England and America by Andre Previn; the 1982 oratorio Or Shall We Die? to a text specially written by Ian McEwan, and made into a remarkable film for Channel 4 by Richard Eyre; the Organ Concerto, which was given its London premiere at the 2011 BBC Proms; and the two pieces for strings, Coronach and Gethsemani Fragments.

The 1990s began with the powerful and expressionist Clarinet Concerto at the Huddersfield Festival, while Michael’s first opera, Baa Baa Black Sheep, based on the childhood of Rudyard Kipling, with a libretto by David Malouf, was premièred at the Cheltenham Festival to enormous public and critical acclaim in 1993. The opera was subsequently broadcast by BBC radio and television and recorded on CD for Chandos. The London Symphony Orchestra under Sir Colin Davis premièred and took on tour Secret Garden and then in August 1998, Michael's The Garden of Earthly Delights, a BBC Proms commission, was premièred by the National Youth Orchestra of Great Britain under Mstislav Rostropovich.

As part of Berkeley’s tenure as Composer in Association to the BBC National Orchestra of Wales he was commissioned to write three new works, and the second, the Concerto for Orchestra, was premièred at the 2005 Proms. This piece, as with most of Michael’s significant orchestral work, much of his chamber music and his operas, is available on CD as part of the Chandos Berkeley Edition. Berkeley's final commission as Associate Composer to the BBC NOW was premièred in June 2009. The work, Gabriel's Lament, is a heart-felt, haunting in-memoriam to the conductor Richard Hickox and a young family friend.

Michael's second opera, Jane Eyre, written to David Malouf's libretto, has been produced in the UK, Australia and America and his third opera, For You, to a libretto by Ian McEwan and commissioned by Music Theatre Wales, was premièred at the Royal Opera House's Linbury Theatre in October 2008, with two UK tours in 2008 and 2009. A recording of For You was released on Signum Records in August 2010, the European première was given in Rome in November 2010.

In 2009 Berkeley collaborated with the artist Kevin Laycock on an electro-acoustic and visual installation, Collision, which was first shown at Leeds City Museum, with live music performed by the musicians of Opera North. Collision has subsequently been shown in Dublin, Cheltenham, and London. Other recent chamber works include Three Rilke Sonnets, written for the Nash Ensemble and soprano Claire Booth, which was first performed at the Wigmore Hall in March 2011, and Hollow Fires, a song cycle for baritone and piano setting texts by Housman and Hardy on the subjects of love and loss.

Berkeley was commissioned to compose the anthem Listen, listen, O my Child for the Enthronement of the new Archbishop of Canterbury, Justin Welby, on 21st March 2013 in Canterbury Cathedral. He composed Three Cabaret Songs for Barbara Hannigan and Angela Hewitt with new words by Ian McEwan, which premiered at the Trasimeno Music Festival in Italy.

Recent compositions include Magna Carta Te Deum, commissioned by Lincoln Cathedral in 2015 to mark the 800th anniversary of the signing of the Magna Carta; a Violin Concerto for the 2016 BBC Proms, which was premiered by Chloe Hanslip, BBC National Orchestra of Wales, and Jac van Steen; and Haiku, a collection of miniatures for solo piano, which were premiered at the 2016 Presteigne Festival.

For ten years from 1995 Berkeley was artistic director of the Cheltenham International Festival of Music. He currently presents Radio 3's Private Passions and he is Chairman of the Governors of The Royal Ballet.

Berkeley was appointed a CBE for services to music in 2012 and has been made an independent peer in the House of Lords.