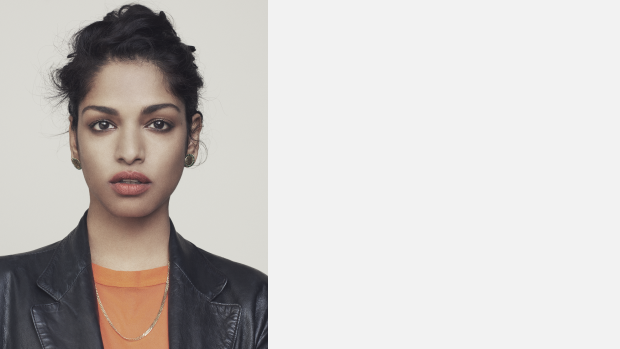 Born in London to Sri Lankan Tamil parents, M.I.A. and her family moved to Jaffna in northern Sri Lanka when she was six months old. By the time Maya was 11 her she was forced out of Sri Lanka due to the brutality of the the Sri Lankan Civil War, where she found herself living back in London. M.I.A. began her career in 2000 as a visual artist, filmmaker, and designer in West London before beginning her recording career in 2002. She was one of the first acts to come to public attention through the Internet, and rose to prominence in early 2004 for her singles "Sunshowers" and "Galang".

M.I.A.'s first two albums, Arular (2005) and Kala (2007), received widespread critical acclaim for their experimentation with hip hop and electronic fusion. The single "Paper Planes" from Kala reached number four on the US Billboard Hot 100 and sold over four million copies. Since then M.I.A has come to gain multiple prestigious accolades;  She is the first person of South Asian descent to be nominated for an Academy Award and Grammy Award in the same year. She was named one of the defining artists of the 2000s decade by Rolling Stone, and one of the 100 most influential people of 2009 by Time. Esquire ranked M.I.A. on its list of the 75 most influential people of the 21st century. According to Billboard, she was one of the "Top 50 Dance/Electronic Artists of the 2010s". M.I.A. was appointed Member of the Order of the British Empire (MBE) in the 2019 Birthday Honours for her services to music.