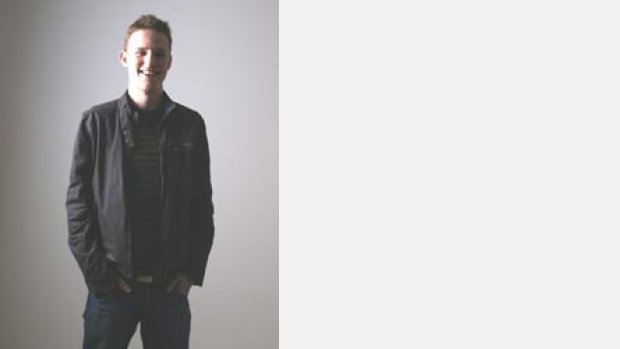 Maxim Bendall (born 1983) first began composing at Chetham’s School of Music in Manchester. While a student there his earliest works were performed by the Manchester Cathedral Choir, the Chetham’s Symphony Orchestra, and the RNCM New Ensemble under the direction of Clark Rundell. In 2002, he was awarded both the school's composition prizes: the Chethams Composition Prize and the Douglas Steel award before receiving a scholarship to study composition at the Royal College of Music in London under the tutelage of Kenneth Hesketh and Tim Salter. In 2004 he transferred to the Royal Academy of Music to complete his degree where he studied composition under Simon Bainbridge and orchestration with Christopher Austin.  In his graduating year he was awarded the highest undergraduate portfolio mark in the institution.
Maxim’s works have had several performances by prestigious ensembles such as the BBC Singers, Ixion, Ensemble Exposé, the Contemporary Consort, Bella Tromba, The BBC Philharmonic Orchestra, the Arditti Quartet, the Fidelio Trio, and the Manson Ensemble including a performance of ‘With flesh and blood and small change’, which was conducted by Sir Peter Maxwell Davis at the Spitalfields Festival in 2006.  His work has also been performed at the Late Festival in York, the Cheltenham Festival, The Soundwaves Festival and on BBC Radio 3.
He has also had several competition successes including being short-listed for the Glaserne Manufaktur Prize in Dresden in 2004, winning both the Royal Academy’s composition prizes: the Alan Bush Prize and the Authur Hulme Memorial Prize in 2006, and also being accepted on to the 2006 – 2009 SPNM shortlist.  Most recently Maxim was awarded the 2008 Theodore Holland intercollegiate Composition Prize. As well as composing, Maxim is also extremely active as a conductor, and was a founder member of the Ossian Ensemble who perform regularly across the UK.
Currently Maxim is currently working in the music and pastoral departments of Chetham’s School of Music in Manchester.  He is also studying for his Masters degree in composition at the Royal Northern College of Music with funds provided by the Arnold Cooke Composition bursary and R.V.W Trust, where he studies with Dr David Horne.
Maxim Bendall is an spnm shortlisted composer.