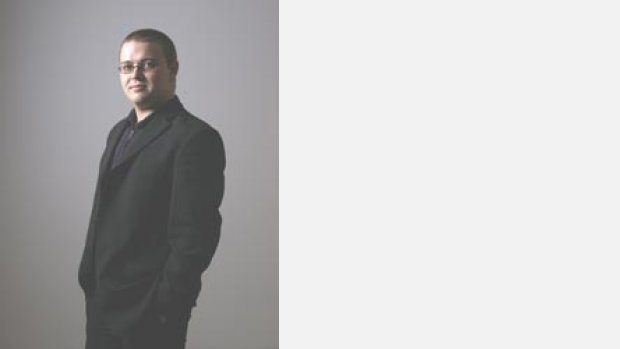 Born in Birmingham in 1981, and subsequently spending his childhood in Cardiff, Max Charles Davies developed an interest in composition at the age of 15 after studying the piano and cello.  After winning the Young Catholic Composer award in 2000 with his first orchestral work – the symphonic poem Light Has Dawned, Max entered the Royal College of Music to study composition with William Mival and later the cello with Lowri Blake, receiving a Foundation Scholarship at the end of his first year and graduating in 2004 with a BMus (Hons) degree. During his RCM years he composed a number of successful works, including Elegy for Baritone and Violoncello, written for Simon Wallfisch, which has been widely performed and broadcast on Radio 3, Slow Motion Slide Show for Double Brass Dectet, premiered by members of the RCMJD and Brass10 and subsequently published by Warwick Music, Farewell to the Promised Land, premiered by the Composer’s Ensemble conducted by Christopher Austin, his first string quartet, Iridescence, written for and premiered by the Sacconi Quartet, and a second large-scale work for orchestra, Exultet.
In September 2005, Max commenced MMus studies at Cardiff University under the supervision of Anthony Powers, winning the Welsh Livery Guild Award for Music Composition 2006 at the end of the academic year.  He will remain at Cardiff and commence his doctoral studies in October 2006.Recent works have included Raining Sunlight, Max’s spnm shortlisted work, Panorama, for quintet, written for the PM Ensemble, and Dark Love Songs – Two Housman Settings for baritone and vocal ensemble.  He is currently writing a large-scale orchestral work – Cells and Sanctuaries, as well as a new Liturgical Theatre Piece – Passio Christi, with Theology Scholar Daveth Frost, which is being premiered in St David’s Cathedral, Cardiff in 2008. Max has also been commissioned by Sound Affairs to write a new work for the ensemble Entr’acte with funds provided by the Arts Council of Wales and the PRS Foundation through their joint commissioning scheme.  The work will be toured in February 2007.
His personal website is: www.maxcharlesdavies.com
Max Charles Davies is an spnm shortlisted composer.