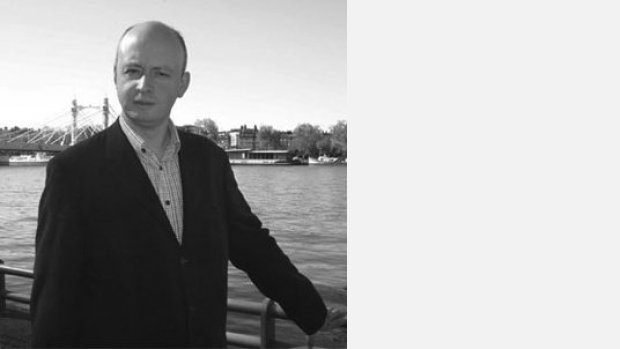 Matthew was born in London in 1964. He won a Music Scholarship to Queen’s College, Cambridge in 1983, where he studied with Robin Holloway and conducted the university orchestras. In 1986 he was awarded the Conducting Scholarship to Guildhall School of Music and, after further studies as a postgraduate at the Royal Academy of Music, gained the DipRAM, our highest award. He also studied with Leonard Bernstein and conducted with Bernstein at the 1987 Schleswig-Holstein Festival. He subsequently received special encouragement from Robert Simpson and Sir Malcolm Arnold, both of whom proved important influences in his compositional thinking.

He has recorded several times for Radio 3, appeared as Guest Conductor with English Chamber Orchestra, Bournemouth Symphony Orchestra, City of London Sinfonia, Royal Ballet Sinfonia, European Community Chamber Orchestra and St Petersburg Capella and State Academic Orchestra. He has recorded for Hyperion Records and the Dutton label. His world premiere CD of Simpson’s 11th Symphony was selected by Radio 3 and Gramophone as a Record of the Year in 2004. He has been a champion of much 20th Centu<ry neglected British music, and has conducted premieres of works by Robert Simpson, Vagn Holmboe, David Matthews, Cyril Lloyd and James Francis Brown.

Matthew was Composer-in-Residence and Artistic Director of the Malvern Festival (1992–95) and Associate Composer of sound collective (2003–05). In 2009 he became Artistic Director of the St Petersburg British Music Festival. Recent performances include the world premiere of his Symphony No.2 with BBC Symphony Orchestra. In addition, his first and third symphonies were released on the Dutton Epoch Label great critical acclaim. Commissions for 2011–12 include a Viola Concerto for Sarah Jane Bradley, a Violin Concerto for Madeleine Mitchell, a Clarinet Trio for Sarah Williamson and a large string orchestra work for the 2012 Presteigne Festival.

In 2013 Toccata Classics released two CDs: one of Matthew‘s String Quartets 5, 6 and 7 and another with BBC Symphony Orchestra featuring his Symphony No.2 and Viola Concerto.

[Biography adapted from the Royal Academy of Music]