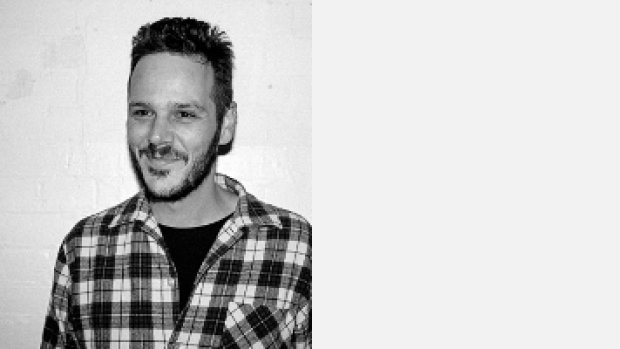 Matthew Shlomowitz (b.1975) was raised in Adelaide , Australia . He studied with Bozidar Kos (Sydney Conservatorium), Michael Finnissy and Brian Ferneyhough, who supervised his doctorate at Stanford University . Matthew's work has been performed by asamisimasa, Champ D'Action, ELISION, IXION, Libra Ensemble, Nieuw Ensemble and in 2007 he was commissioned by the Spitalfields Festival to write a piece for the Dutch reed-quintet Calefax. In addition to concert music he also works on multi-media projects, including an ongoing collaboration with video-artist Rees Archibald, as well as his Letter Pieces, a series of duo works for performer (e.g. dancer) and musician. He co-directs the Anglo/Belgian ensemble Plus-Minus (with Joanna Bailie) and Rational Rec, a monthly inter-art event at the Bethnal Green Working Men's Club (with Russell Martin and Cecilia Wee). He lives in London, where he teaches courses on music and culture studies to American university students on study-abroad semesters at the Foundation of International Education and Syracuse University London Program.

'My compositional predilections change periodically. Right now, I try to make a divine mess. Messy raw materials: messy in themselves and messy in their relationship with other materials, e.g. dispassionate, ambiguous, somewhat out-of-focus materials rubbing up against the occasional expressively vivid splash. Messy textures: multiple material strands simultaneously in motion, with each strand looping independently at its own speed, producing a revolving world where both nothing and so-much happens. And messy forms: conceptually clear, hopefully, but with strange (uncomfortable) pacing and shape.'

'… we could properly strain the juices from Shlomowitz's meaty ten-minute roast. And some of them were pretty tasty: short melodic fragments that combined, opposed and recombined in some arresting configurations, from warning sirens to ominous wheezes.'

'Shlomowitz's music is uncompromisingly abstract, finding beauty in complex gestures and patterns rather than in reassuring melody and rhythm.'