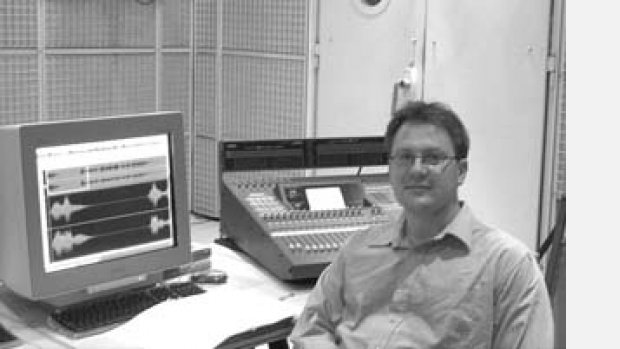 Mathew Adkins (b.1972) is a composer, performer and lecturer in electro-acoustic music. After reading music at Pembroke College, Cambridge, he became a member of the Birmingham Electroacoustic Sound Theatre (BEAST), studying electronic music with Jonty Harrison and then Simon Waters. He first came to international attention at the age of 22 with the electro-acoustic works Melt and Clothed in the Soft Horizon; between them, these works were awarded the Stockholm Electronic Arts Award, the Prix de Residence at Bourges and the Grand Prix of Musica Nova, Prague. Since then, he has won more than a dozen international prizes for his work, which has been broadcast throughout Europe, the USA, Canada, Australasia and China. European studios in which he has worked include EMS in Stockholm, the GRM and IRCAM in Paris, Césare in Reims, and the Heinrich Strobel Studio in Freiburg.

In the early 1990s he concentrated predominantly on acousmatic music, but has since diversified into composing for contemporary dance, multimedia works, interactive installations and electroacoustic music. Since 2000 he has been interested in combining live electronics and instruments. What he is particularly drawn to in writing such works is the collaborative process that evolves between composer and instrumentalist as the piece progresses through numerous recording sessions, rather than merely presenting an ensemble with a finished score. These works often involve elaborate spatialisation techniques for the electronics, the most complex being the hexaphonic spatialisation for nights bright daies, developed at IRCAM in collaboration with Olivier Pasquet. Currently he works as a part of the live-electronics duo nemoika, a collaboration with the audio-visual artist Lee Mills.

'Composition is, for me, like a giant puzzle in which the overall shape is fixed but the pieces and the picture itself change and undergo subtle transformations as one is constructing it. The computer tools that I use enable me to fix the edges? the large scale harmonic movement and other global parameters? whilst also allowing me to improvise with these materials at the surface level. Using these tools allows me to manipulate and play with sound, like a child with a chemistry kit, revelling in the novel colours and explosive concoctions that result.'

'...an enchanting tapestry (which) created an ethereal imprint of Monteverdi like an indentation on a pillow.'