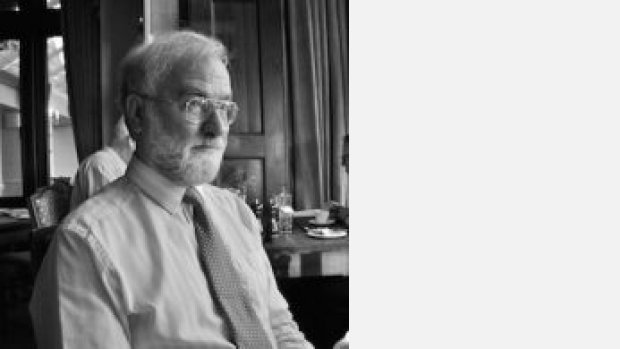 Marcus Blunt was born in Birmingham in 1947. Although around the age of 9 he had piano lessons from his father for a year or more, and made his first attempts at composition, his interest in music did not really take off until he was 14. He went on to study composition at University College of Wales, Aberystwyth, graduating in 1970. After a remarkably wide variety of abodes  in rural Warwickshire, Manchester, York, and London  and occupations  ranging from warehouse packer and photographic processor to department manager at a music publishers,  he settled in Derby in 1976 as a teacher of woodwind instruments. In 1990 he and his wife Maureen decided to seek a more congenial environment for his composing work, and are now enjoying the gentler pace of life just North of the Border. In 1997 Dumfries Music Club appointed him as their Hon. Composer-in-Residence.

His output so far is mainly instrumental, for anything from piano solo to large orchestra, and has been performed  internationally (Canada, Denmark, Finland, France, India, Italy, Japan, Malta, the Netherlands, Norway, Poland, Portugal, Saudi Arabia, Spain, Sri Lanka, USA) as well as throughout Britain and on BBC Radio 3 and Classic FM  by artists such as the Philip Jones Brass Ensemble, the Joachim Piano Trio, and Kathryn Stott. Competition successes include 2nd place in the Purcell Composition Prize in 1995 (Fantasy on SCRiABin for piano), 1st in the Surrey Sinfonietta Composers Workshop in 2000 (Sonatina No. 2 for clarinet & piano), and the Judges’ Prize in the Oare String Orchestra’s 2012 Composing Competition (Concertino for viola & string orchestra) (the judges included violist Martin Outram and composer John McCabe).

In July 2002 he was a featured composer at the Victoria International Arts Festival, Gozo (Malta), with seven performances and a pre-concert talk, all broadcast on local radio. In 2004 he was commissioned to write a Fanfare to open the Dumfries & Galloway Silver Arts Festival. In 2006 Murray McLachlan recorded a CD of his complete solo piano music for the Dunelm label  reissued in 2014 on Divine Art’s Diversions label. In 2009 his Two Serenades for violin, clarinet, cello & piano were chosen for inclusion in the London Schubert Players? EU-funded Invitation to Composers project, with performances in Edinburgh, Paris and Namsos (Norway), as well as a CD recording released in December 2011. This recording was reissued by Nimbus in November 2012 as part of a 3-CD set entitled A European Odyssey.

In 2016, his Piano Concerto, Symphony No. 2, Bassoon Concertino and Aspects of Saturn were recorded by the Manchester Camerata/Stephen Threlfall, with soloists Murray McLachlan and Lesley Wilson, for a Divine Art CD scheduled for release in January 2018. In January 2017 Aberdeen University’s new Vox Regis label issued Lesley Wilson’s CD entitled “A Much-Travel’d Clown: Premiere Recordings of Scottish Bassoon Music”. Among the eight items are two by Marcus, including Lorenzo the Much-Travel’d Clown for bassoon & piano.

(Courtesy of the Scottish Music Centre)