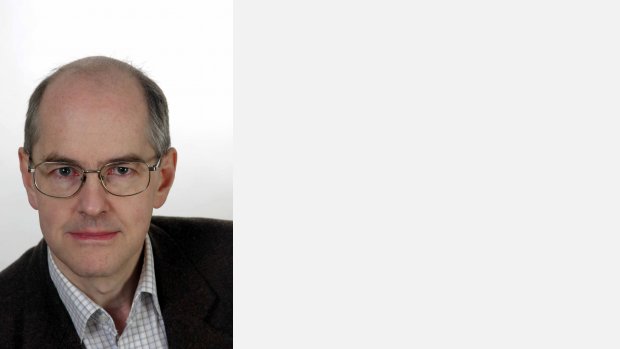 Malcolm Hayes was born in 1951 in the village of Overton, near Marlborough, Wiltshire to English and Scottish parents, with Irish ancestry on his mother's side. Brought up in the northern highlands of Scotland, he was educated at the choir school of St George's Chapel, Windsor Castle, then at Eton College (where the countertenor Charles Brett was among his music teachers). After a year at St Andrews University, reading German and music, he read music at Edinburgh University, graduating B. Mus. Hons. in 1974, in the same year winning the Music Faculty's Tovey Prize for Composition. His Three Songs on Chinese Poems for soprano and ensemble were selected for BBC Radio 3's Young Composers Forum in 1973, and were premiered by Jane Manning and the Vesuvius Ensemble.

After graduating, Malcolm Hayes lived for several years in Stornoway, Isle of Lewis in the Outer Hebridean islands of Scotland, where he worked in the local weaving industry. Since 1982 he has lived and worked in London as a composer, music journalist and author.

His Stabat Mater for soprano, mezzo-soprano and orchestra (2001) was first performed by the BBC Scottish Symphony Orchestra under Garry Walker, in Edinburgh in 2002, and marked a return to composing after a break of many years. Odysseus remembers (2004), for narrator, soprano, countertenor, baritone and orchestra, setting passages from Homer's Odyssey, was premiered by the BBC Symphony Orchestra under Edward Gardner at BBC Maida Vale Studios, London in February 2006.

In April 2012 at St Paul's Church, Knightsbridge, London, the BBC Singers and principal guest conductor Paul Brough gave the first performance of May Magnificat (a double-text motet, combining Gerard Manley Hopkins's poem and the plainchant 'Gaudeamus in Domino'). Another recently completed choral work is Prayer, a setting of the poem by Carol Ann Duffy.

In January 2013, Byzantium for orchestra (after the poem by W.B. Yeats) was premiered at BBC Maida Vale, by the BBC Symphony Orchestra conducted by Garry Walker.

Formerly chief music critic of the Sunday Telegraph (1986-89), and a music critic with The Times(1985-86) and the Daily Telegraph (1989-95), Malcolm Hayes continued to contribute classical music features, reviews and listings to the Sunday Telegraph from 1989 to 2005. He is a feature-writer and reviewer for BBC Music Magazine. He writes programme notes for the Proms, the BBC orchestras, and many other organisations.

He has written a biography of Anton von Webern (Phaidon, 1995), and contributed to The Messiaen Companion (Faber, 1995), writing on Messiaen's earlier choral and orchestral works. A major project was his edition of William Walton's Selected Letters (Faber, 2002), published in the composer's centenary year. He is also the author of 20th-Century Music (Heinemann, 2001), a six-part illustrated history for secondary-school readers, covering musicals, jazz, blues and rock besides classical music. His new biography of Liszt, including two compilation CDs, was published by Naxos Books in 2011, the composer's bicentenary year.