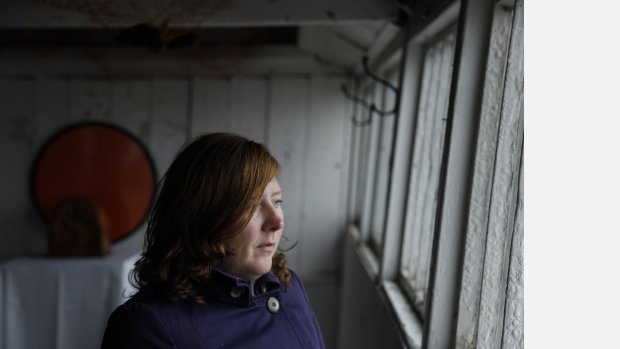 Sound and radio artist and senior lecturer at Canterbury Christ Church University. Her sound work has been exhibited in the British Museum, the Sainsbury Centre, Whitechapel Gallery, Tate Britian, YSP, MACBA , Denmark, Italy, Germany, Norway, Holland, Morocco, Canada and the USA and broadcast internationally. Her ambisonic soundtrack of Hong Kong Airport at the British Museum was described as "extraordinary and rich"  by Richard J. Williams,  her "intriguing and beautiful work" Radio Mind  (2012) was awarded a sound commission for Lightworks Festival. Spiritual Radio (2014) was commissioned for Unbinding the Book exhibition in The Whitechapel Gallery “pages of the book are held shut by copper nails, connected to form a transmitter circuit through which words flow “in an eternal loop….the text awaits the listener who is tuned to the right frequency” (The Guardian) it was also selected as part pf Engine Room International Sound Art Exhibition. In 2015 she created Tree Radio for The Yorkshire Sculpture Park.

She received  a post doctorate from CRISAP, University of the Arts London, in radio art practice and has been exploring possible futures for FM in 2015 entitled 'Radio After Radio, Reinventing Radio Art Practice in the Light of New Media'

Magz co runs Radio Arts who explore the artistic potential of radio with the wider community having  commissioned artists for works aired on 13 stations as well as exhibitions and workshops at Arts Venues and Festivals.

She was also a founder of arts station Resonance FM which she helped set up.