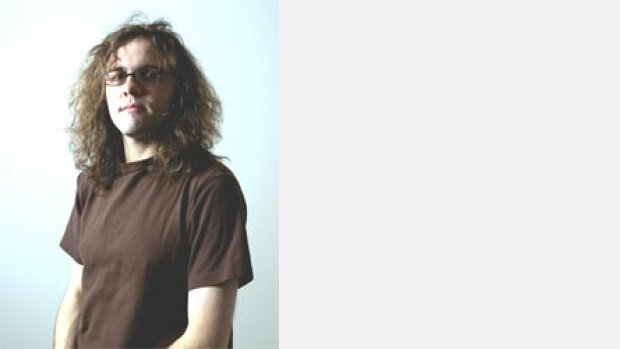 Born in 1980, Louis Johnson has been composing music since childhood. He was educated at Calderstones School in his home city of Liverpool and later went on to receive a BA (Hons) in music from Churchill College, University of Cambridge, where he studied for sometime with Hugh Wood. In 2005 he received an Mmus in composition with distinction from the University of Liverpool, studying primarily with Ian Gardiner.
Although his music has, to date, received mainly student-level performances, his piece for two percussionists entitled Tree Study (2004-05) was written for and has been performed by Mark Norman and former BBC Young Musician of the Year Adrian Spillet in a concert at the University of Liverpool. Louis also has an interest in writing music for film and other visual and/or dramatic media. An example of his most recent work in this area is his music for the film When I Get Low (2005-06) that has received showings in the FACT Arts Cinema, Liverpool and at the annual ‘Eight Days a Week’ Film Festival held in Cologne.
Louis is currently undertaking a PhD in composition at the University of Liverpool where he is being supervised by James Wishart and Matthew Fairclough. His main project is the composition of an opera with accompanying satellite pieces. He is also doing some associated research into non-linear approaches to narrative in film, literature, theatre, opera and other musical/dramatic art.
Louis Johnson is an spnm shortlisted composer.