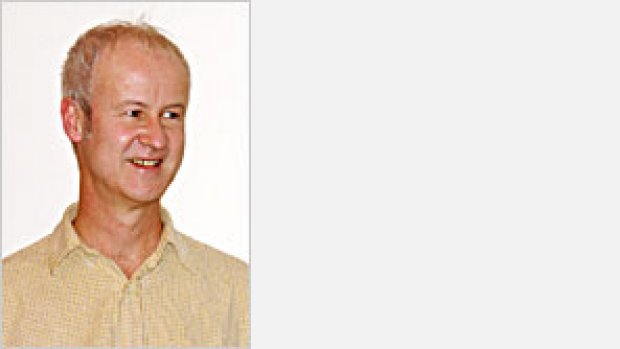 LIONEL SAINSBURY’s music has recently garnered rave reviews on both sides of the Atlantic, and 2018 saw the world premiere recording of his orchestral piece Time of the Comet, performed by the Moravian Philharmonic under their chief conductor Petr Vronský (on ‘Prisma’, Navona Records NV6141).

Lionel was born in Wiltshire in 1958. He began to play the piano at an early age and soon started to compose his own music. He later studied - composition with Patric Standford and piano with Edith Vogel - at the Guildhall School of Music and Drama in London.

At the age of 21 he was awarded a Mendelssohn Scholarship, which brought him into contact with composers as diverse as Edmund Rubbra and John McCabe, and in Paris with Henri Dutilleux.

Lionel’s music has since been performed worldwide, and broadcast on BBC Radio 3, Classic FM, Radio France, NHK TV/Radio in Japan, and many channels in the US. Recordings of his work are available on Naxos, Dutton Epoch, EM Records, Navona Records, and EMI Classics for Pleasure.

Lionel Sainsbury’s catalogue to date includes concertos for violin and for cello, a substantial body of piano music, and works for violin, solo guitar, solo flute, clarinet and piano, and for two pianos.

In July 2014 Lionel Sainsbury was American music commentator Jim Svejda’s guest in a feature about his work on The Evening Program on KUSC, Los Angeles.