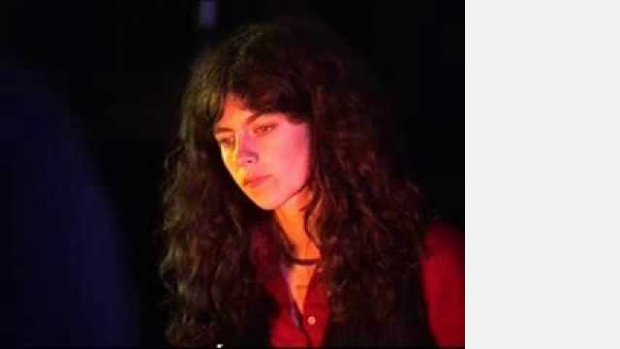 Lindsay Cooper's dedication as a musician, tireless industry as a composer, and serious political passions were offset by her wry, ironic wit. She drew cartoons. These appeared in her letters, in the margins of her notebooks, on scraps of paper, the backs of envelopes, around the minutes of a boring meeting. The cartoons satirised all forms of seriousness and self-importance, including her own. Heavy-handed feminist rhetoric was not spared, nor the pomposity of self-styled musical gurus in the avant-garde. Everything she held most dear seemed to deserve delicate mockery. She called herself ‘the pomposa’, a rhyming nickname that stuck amongst a few close friends. But she was simply a deeply serious composer working in the culture that rarely took female composers seriously enough. When few people can see what you're capable of, sometimes you have to big yourself, or your process, up. Or burn yourself up.

Lindsay's industry when she was composing had some of the quality of possession. She would sit at the piano, for hour upon hour, with an expression of wild concentration, occasionally pulling at her hair with frustration. It was as if the music wasn't coming fast enough, although she was, in fact, speedily productive. With hindsight, it is possible to see that she was racing against time, the limited time she had in the face of the looming shadow of multiple sclerosis, which started as pins and needles in her fingers and gradually took over every muscle in her body. Though she did not want to be defined by the illness – one she eventually came to live with as a constant unwanted companion - the fact is that it dominated more than a third of her life.

Before it invaded her nervous system, however, she achieved a great deal, far more than she ever realised or acknowledged. She must have been the first classically trained bassoonist to frontline in hugely influential rock groups. Her work as an improviser alone, on the bassoon, soprano and sopranino saxophones would be enough to guarantee a cult reputation for innovation, boundary breaking and musical virtuosity. But as her work as a composer developed, ranging from instrumental works to film scores and song cycles, always working from the edge, exploring the far reaches of rhythmic complexity and harmonic density along with simple, beautiful melodic lines, it was clear that Lindsay was the real thing.

Her points of reference were wide and off centre. Ethel Smyth, Gertrude Stein, Alice B Toklas, Hanns Eisler, Bertolt Brecht, Ennio Morricone.  She looked east for inspiration, and often travelled there. In the days before the Berlin Wall came down she loved nothing more than to cross into East Berlin and experience the sharp divide between Western capitalism and the face of communism as it manifested in the huge bleak spaces of the other half of the city. In fact an appreciation of the bleak - aesthetically, architecturally and emotionally - was one of her qualities. In her music it was present as an atmosphere of hidden melancholy. The other quality that characterised her work was density.  It was sometimes as if the template for an entire work was contained in a few bars of music. I often encouraged her to take more space, to spread out, to allow herself to breathe, compositionally speaking. But that was before her diagnosis and I realised later that she was driven prophetically by the lack of time. It was not as simple as being a female composer who felt there was not enough space for her work in the world, though she was well aware of the politics shaping and holding her identity as an artist.

Following her musically formative years on the road with Henry Cow, Lindsay's feminism led her to form the Feminist Improvising Group (known as FIG) with Maggie Nicols, an irreverent group of female musicians that toured Europe for several ground-breaking years. She also formed the band known as Music for Films, to showcase the music she originally generated as film scores, rearranged for the stage. Her belief was that film music was there to be listened to, in its own right, rather than unconsciously absorbed as emotional ‘wallpaper’ supporting a narrative. The group known as Oh Moscow was created to perform a song cycle of the same name.

Lindsay was a generous and adept bandleader, giving the space and encouragement to others that she had never received enough of herself. She loved the musicians she worked with, deeply appreciating their skills and resonating with their chosen working lives. The rhythm of the touring musician is one of perpetual movement. Criss-crossing Europe, East and West, Canada and the United States, playing in large concert halls and tiny clubs, old shabby theatres and open-air fiestas, Lindsay’s performing life, in common with her beloved collaborators, was itinerant. One of her favourite pieces of late-night reading material was the yearly timetable issued by Italian railways.

Lindsay was a lover of women. She had a series of passionate relationships. Though her lesbianism was open and proud, it constituted another facet of her outsider status, of which she was well aware. Her cartoons referred to herself ironically as ‘lesbionic’, part of a super breed perhaps, a combination of grace and strength. In private conversation, though, she resisted any labelling based on gender, sexual orientation or, later, on disability.

Just as she had sought out Richard Rodney Bennett for instruction in composition and adored her male colleagues as much as her female ones, she longed for the freedom to be thought of as a composer, pure and simple, and as a musician whose music flowed through her, an unstoppable force. Everything else was secondary and ultimately irrelevant. She knew what she was doing as she pushed and railed against time.

The physical body in which she lived was gradually damaged by illness to a degree that was hard to imagine experiencing day in and day out for years; a cage of immobility and silence. But the arcs traced by her music  - in recordings, manuscripts and the memory of her rapt, attentive audiences - are as bright and undeniable as shooting stars in the night sky.