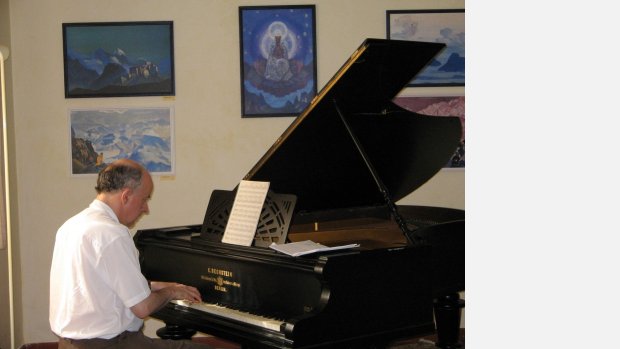 I am a classical music based composer, but influenced by many other genres, jazz, Indian, Moroccan and rock music particularly. I like combining music with meditation, or with computer-generation, or sometimes both.

In my musical creation I am reinforcing directness, expressing something simple yet affecting, using the mind as an instrument rather than as an obsession which often in the case with new music. For me the most effective musical creation comes from a deeply stilling intention.

My music is almost all tonal and melody-like (if not with a melody) – it is not a rough course for the newcomer, its an ocean of exploration, the communication of internal realities through airwaves, using written scores, improvised and semi-improvised, computer-generated as well as orchestral and chamber music..

The states of mind accessed through music inspire me greatly, music having been one means whereby I have and do recover from depletion, and access deeply joyful moods.