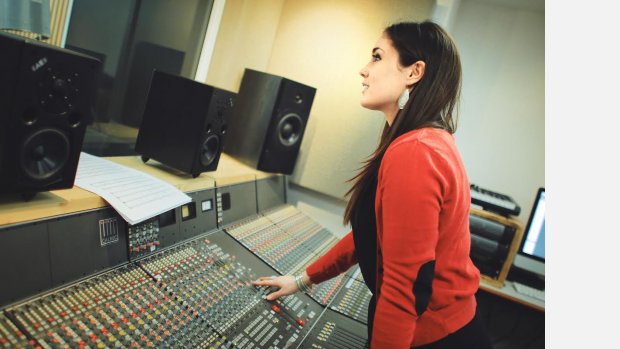 Katherine is a composer and singer based in London with a multi-genre approach to music making, having trained in classical, jazz, electroacousitc and Hindustani music. She performs as a piano vocalist throughout London and records as a session vocalist for adverts, films, radio and video games worldwide.

Katherine began her musical training at the junior department of Trinity College of Music, where she was the recipient of the Chappell Prize for Composition and went on to obtain her bachelor's degree from Leeds College of Music, receiving the Michael Grady Composition award upon graduating. She was later awarded the Douglas and Hilda Simmons Scholarship to study at the Royal College of Music and graduated with a masters degree in Composition for Screen in 2011. Katherine was selected for the SPNM Composer Shortlist 2008-2011 for her electroacoustic works All Over The Floor & Six Stories and is featured on Sound and Music's British Music Collection.

She has since scored award winning animations, documentaries and shorts, including the powerful documentary Hear Our Voices (director Khurrum Mahmood), shown at the first meeting of the Global Counter-terrorism Forum in New York, praised by Hillary Clinton and a short film for Aston Martin. She has collaborated with the poet and director Chrys Salt MBE, setting her work 'Baghdad 2003' to music, orchestrated for tenor voice, harp and string quartet.