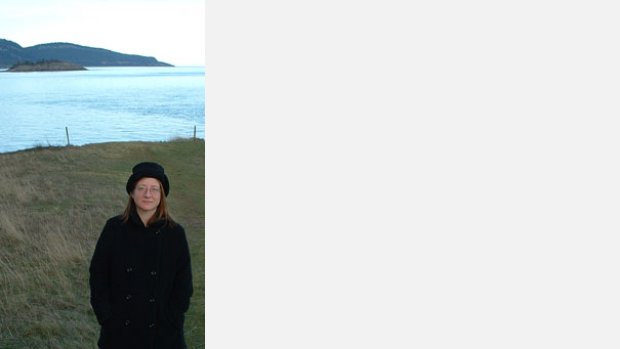 Katharine Norman was born in 1960, studied at Bristol University and Princeton University, a holds a Ph.D in composition from the latter. From 1994 to 2003 she was a full-time academic in music composition, working at Sheffield University and then, from 1998, at Goldsmiths, University of London, where she revitalized the electronic music studios and acted as director until 2003. In 2003 she resigned, moved to a small island off the coast of British Columbia , and earned her living, primarily, as a writer and editor. She currently lives in Cambridge.Equally active as a composer of both electroacoustic and instrumental music for many years, in recent years she has focused her interests on radiophonic music, music for solo piano, and new media works for the web that encompass text, sound and interactive elements. However, her back catalogue also includes a variety of instrumental works, and much work involving electroacoustic elements. While still composing, she is currently about to commence a masters degree in Creative Writing and New Media at De Montfort University, with a view to exploring work that combines sound and text in the context of the web and other technologies.Her musical and radiophonic work is performed and broadcast worldwide and she has been recipient of grants from the Arts Council of England, the Arts Council of Great Britain, several regional arts councils, the Canada Council for the Arts, and others. Her postgraduate studies at Princeton were enabled by a Fulbright Fellowship and Wingate Fellowship, and her more recent research has been supported by several grants from the Arts and Humanities Research Council and Princeton University . Her music has been recognized by short-listing for prizes at the Bourges and Noroit electroacoustic music competitions and in 1995 she won the Holst Award, to write a commission from piano.Over the years she has enjoyed the opportunity to work with several British pianists specializing in contemporary and electroacoustic work, among them Philip Mead, Stephen Gutman and Clive Williams, and her work Transparent things was selected as the finalist piece for the British Contemporary Piano Competition. This is also the title of her CD, featuring Philip Mead, released on the Metier label. Her previous solo CD, London, is available on NMC, and her work is also recorded on a number of other labels (see www.novamara.com for details and www.sonus.ca for several works available online for free). Her recent short work, Two thumbs up was recorded by Clive Williamson and published by Cadenza Music. Played entirely with thumbs and fist (and inspired by thumbing a lift to a Bob Dylan gig) it is a compressed 'suite' with distinctly humorous overtones.Since 2004 Norman has also concentrated on writing; Sounding Art: Eight Literary Excursions through Electronic Music was published in 2004 by Ashgate, and is a set of essays approaching electronic and digital music (of many kinds and approaches) through the prism of other concerns.For more information and a complete list of works and written publications, as well as a number of interactive works and online writing, please visit Katharine Norman's web page at www.novamara.com