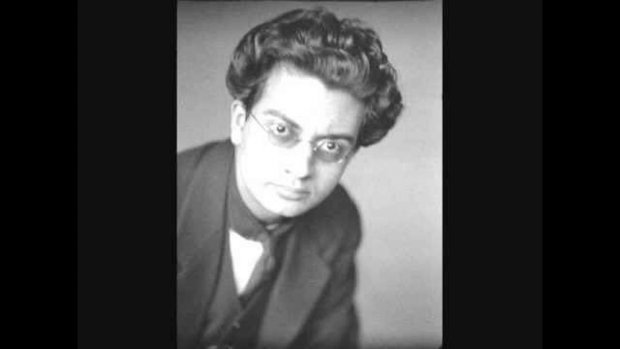 Kaikhosru Shapurgi Sorabji was born in 1892 in Chingford, Essex, to a British mother and a Parsi father from Bombay (Mumbai). Initial steps in composition were encouraged by Philip Heseltine (Peter Warlock), who facilitated Sorabji's public debut as both composer and pianist in 1920, with the premiere of his Piano Sonata no 1 at London's Mortimer Hall. Other early performances followed, including in Paris (Trois Poemes, with Marthe Martine, 1921) and Vienna (Piano Sonata no 2, 1922). Compositions of increasing scope and complexity proliferated through the 1920a, with an increasingly contrapuntal orientation. Into the 1930s, Sorabji became associated with Erik Chisholm's Active Society for the Propogation of New Music in Glasgow, where he premiered a number of works, including his most famous, Opus Clavicembalisticum (1930).

From the late 1930s onwards Sorabji withdrew from public performance. He moved his base from London to Dorset after the Second World War, living a more reclusive life. Composition work continued unabated, with the production of works of even greater ambition (albeit without specific performances in view), peaking with Messa alta sinfonica (1955-61), a gargantuan setting of the Mass for vast forces including 8 vocal soloists, 2 choirs and large orchestra.

During the 1970s, Sorabji re-accommodated himself to the idea of his works being performed, inspired by the enthusiasm of Alistair Hinton, a new admirer of his music. New piano, vocal and chamber works ensued, some embracing a more restrained aesthetic. Importantly, this decade saw the start of an increasing interest in Sorabji’s music from a new generation of performers, including Yonty Solomon, Jane Manning, Kevin Bowyer, Marc-Andre Hamelin, Michael Habermann, Carolo Grante, Donna Amato, Sarah Leonard and Jonathan Powell. Sorabji died in 1988.

Almost all Sorabji’s scores feature the piano, his primary focus. His style is characterised by elaborate, layered textures of polyrhythmic complexity, often foreshadowing later 20th-century styles such as those of Ligeti and Finnissy. European virtuoso piano tradition is synthesised with Asian cultural influences reflecting his father’s Parsi heritage, sometimes filtered through Russian composers. Many works employ expanded multi-movement forms of several hours, while others are highly epigrammatic