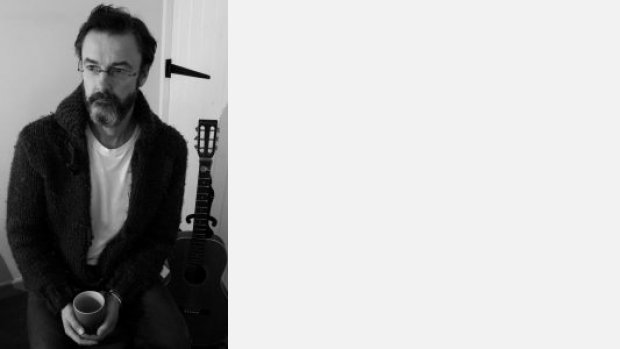 Julian began his musical life as a songwriter, guitarist and singer with various Cheltenham-based rock bands in the 1990s. He subsequently developed a more serious interest in music in his 20s, gaining a BMus at Cardiff University before undertaking postgraduate studies at Bristol University, under the supervision of Prof. John Pickard, where he was awarded an MA and a PhD in Musical Composition.

Julian has written in various genres, including orchestral and choral music, songs, solo pieces and music for chamber ensemble. His compositional style reflects broad musical interests extending from renaissance polyphony up to the contemporary avant-garde. Elements of world music, minimalism and the rock music of his early years also exert their occasional influence.

In recent years Julian has worked with performers such as Sara Leonard, Steven Gutman, Madeleine Mitchell and the Bristol Ensemble, and has collaborated on a Music & Art project with artist Fiona Robinson. Julian and Fiona plan to continue this collaboration and Julian is also developing a project involving a Turner Prize winning artist and the contemporary art institution Hauser & Wirth.

Other projects in the near future include a move into theatre music and a project with Kokoro, the new music ensemble of the Bournemouth Symphony Orchestra.

In 2012 Julian founded New Music in the South West (NMSW) and is currently its director. NMSW promotes classical music as a vital, living art form that exists for the benefit of everyone regardless of age or background. It aims to take contemporary music beyond the usual concert-going public, to new audiences and it plays a crucial role in supporting the development of the region’s best young musicians through talks, composition workshops and an annual composition competition.

Julian lives in a village 10 miles south of Bristol with his wife Kathryn and their three boys.