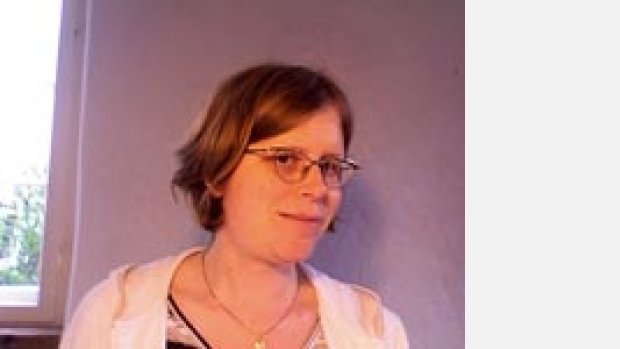 Julia Deppert, born in 1970 in Bönnigheim/Württemberg (Germany), studied Violin, Music Theory and Composition at the Music Academies of Stuttgart and Trossingen.  Between 2000 and 2003 she continued her composition studies with Adriana Hölszky at the University Mozarteum Salzburg (Austria), achieving a Masters degree with distinction in 2003.  Since 2004 she has studied in Scotland for a PhD in Algorithmic Composition at the University of Edinburgh under the supervision of Michael Edwards, supported by one of the University’s rare College of Humanities and Social Science scholarships. Her chamber opera “Die Roten Schuhe“ (jointly composed with Benjamin Lang, after the fairy tale by H. C. Andersen) was premiered in 2002 during the ‘Welttanztage’ Salzburg. She was chosen for participation in the International Composition Seminar Boswil (Switzerland), in the Young Composer’s Forum of the German Society for Contemporary Music and Ensemble Modern in Frankfurt and in the International Composition Workshop of Hochschule für Musik “Franz Liszt“ Weimar.  Most recently she was awarded a residency at the Camargo Foundation in France. Her music was performed in concerts in Germany, Austria, Switzerland, Croatia and the UK, including festivals such as Salzburg (Eröffnungsfest Salzburger Festspiele), the ISCM World Music Days/Biennale Zagreb and Soundings Edinburgh.