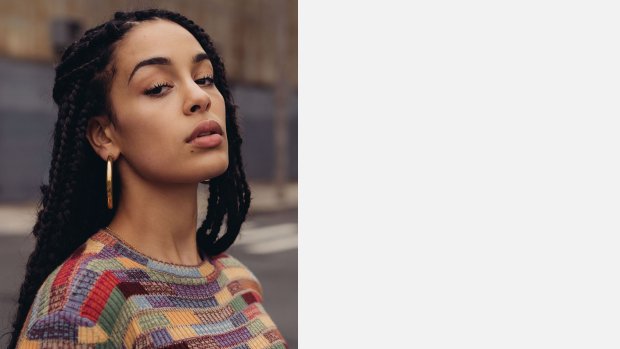 Jorja Alice Smith is singer-songwriter from Walsall. Within a three-year span, Smith appeared on the U.K. indie chart with her moody, MOBO-nominated debut single, "Blue Lights" (2016); she nearly cracked the Top Ten of the U.K. dance chart with "On My Mind" (2017); and after three additional MOBO nominations, she crossed into the Top 40 with the Stormzy-assisted ballad "Let Me Down" (2018). During this time, Smith also contributed to Drake's More Life playlist and the Kendrick Lamar-guided soundtrack for Black Panther, audience-expanding releases that intensified anticipation for her own Lost & Found (June 2018).In 2018, Smith won the Brit Critics' Choice Award. In 2019, she was named Best British Female Artist at the 2019 Brit Awards and was also nominated for the Grammy Award for Best New Artist.

Smith grew up listening to reggae, punk, hip-hop, and R&B, and wrote her first song at the age of 11. She describes being "obsessed" with Amy Winehouse's 2003 debut album Frank as a teenager and was inspired by the singer's raw approach to songwriting.  Smith said her songs are about social issues: "When things are going on in the world, I think it's important to touch on them, because as a musician, you can make people listen. As soon as people press play, you've got their attention."