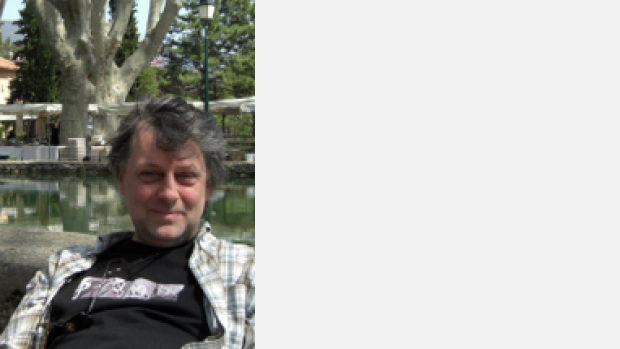 Jonathan Rathbone was a chorister at Coventry Cathedral and later, a choral scholar at Christ’s College Cambridge, where he read mathematics. He gained a second degree at the Royal Academy of Music where he studied composition with John Gardner. Whilst there, he wrote a children’s musical called “The Selfish Giant”, and the music for a production of “Dog Beneath The Skin” at the Half Moon Theatre with director Julian Sands. He was signed as a song-writer with Noel Gay Music.

He sang with St Bride’s Choir, Fleet Street and the BBC Singers before joining the Swingle Singers in 1984. He was musical director of the group for eight of the twelve years he sang with them, during which time he created the majority of their arrangements, both a cappella and with orchestra. He has worked with many of the world’s leading musicians including Pierre Boulez, Luciano Berio. John Dankworth, Stephan Grapelli, Beatles producer, George Martin and French pop star, Etienne Daho.

He left the group in 1996 to spend more of his time writing. He has orchestrated for Sir Cliff Richard and Michael Ball and more recently for Katherine Jenkins, Lesley Garrett and Wynne Evans (“Go Compare!”). He still travels all over Europe to vocal courses, to work with various vocal ensembles and to adjudicate choral competitions. In recent years he has lectured and run workshops on close harmony, improvisation, choral conducting, vocal arranging and choral techniques.

He is now an in-house composer with Peters Edition. He conducts three choirs in north London, for whom has written numerous pieces, including “Night of Wonder”, “Swithun’s Watery Tale”, a festive Christmas cantata entitled “Mr Fezziwig’s Christmas Party” and a serious piece “Christmas Truce” telling of the truce of 1914. Most recently he has written two larger works for choir and piano - “Patricius!” which tells dramatically, the life story of St Patrick, and “A Day at the Fair” which tells of all the goings-on at a typical English Fair about 100 years ago.