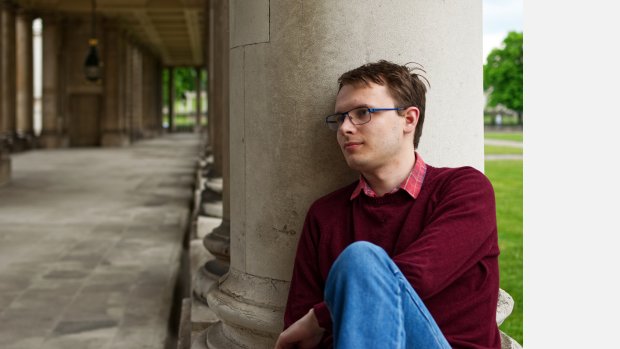 John Sturt is an English composer born in 1995 to a musical family in East Sussex, UK. He took up the violin in 2001 at the age of six. In 2006, John’s life took a surprising turn when he was diagnosed with Hodgkins Lymphoma (a Cancer of the Lymph nodes), which meant taking a year off of school.

In 2009, John wrote his first piece of music – a piano piece. Starting slowly, the speed of composition increased and quickly became a main part of his life. He set himself for sure on the path of becoming a composer when he started having composition lessons with the Composer and Oboist Robert Hinchliffe, which continued through the final years of Secondary school and A-levels. In 2014, John took up studies at the Trinity Laban Conservatoire of Music and Dance in London, where he studied with Dr Deirdre Gribbin, Dr Paul Newland, and currently Errolyn Wallen.

The music of John Sturt comes in a variety of flavours: he has written for solo instruments, Chamber ensembles (including the Piatti String Quartet), and full orchestra. In 2014, he collaborated with the poet John Agard in “Carry On, Magna”, a musical based around the Battle of Lewes in 1264. In 2016, John was highly commended for his composition “Suite for Brass Quintet”, premiered at the Philip Jones Brass Competition that year. In the same year, his piece “Rinci – Dances for Orchestra” was toured around Normandy by the East Sussex Youth Orchestra. In 2017, he won joint prize in the composition competition at the Ludlow English Song weekend.

His style is characterised by a flair for melody and rich harmony, along with some surprising harmonic changes, and a penchant for using folk-like tunes. His influences are wide and varied: from Dmitri Shostakovich to Alan Hovhaness, by way of Ralph Vaughan Williams and Gerald Finzi, along with modern greats such as Howard Skempton, John Williams, and Patrick Hawes to name but a few.

John enjoys playing the violin and singing in choirs, indulges in creative writing and has a passion for flying.