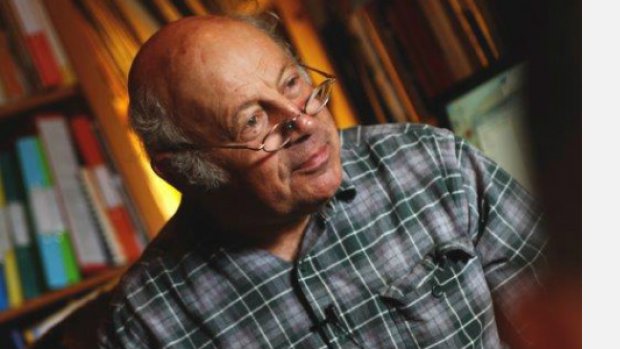 JOHN PURSER was born in Glasgow of Irish parents in 1942. He was educated at  Lathallan School and Fettes College, and in 1963 took diplomas in Composition,  Singing and Violoncello at the Royal Scottish Academy of Music and Drama, wher e  his composition teacher was Dr Frank Spedding. With the aid of a Caird  scholarship, he continued to study composition with Sir Michael Tippett and Dr  Hans Gál. As a mature student he took a 1st in English Literature at Glasgow  University (1980), followed by a PhD (1989), partly funded by the Carnegie Trust. In 2009 he was awarded the degree of Doctor Honoris Causa by the University of Aberdeen.

He has been a  free-lance composer, cellist, musicologist, critic, poet, playwright and  broadcaster, as well as lecturing on classical music for many years for the  Glasgow University Extra-Mural Department (as it was then called), and has  lectured and broadcast on Scottish music world-wide. He was the first Manager of  the Scottish Music Information Centre 1985-1987 and was joint editor with James  MacMillan of Stretto magazine.

More recently, Purser studied Gaelic at Sabhal Mòr Ostaig (the Gaelic College on  the Isle of Skye) where he has assisted in course development. In 2006 he was  appointed as a Researcher and was Gaelic Music Course Director there from  2006-2008. He was one of the team of researchers for the research project,  “Window to the West – towards a redefinition of the visual within Gaelic  Scotland”, funded by the AHRC. In 2007 he completed an expanded and up-dated edition of his book, Scotland’s Music and a series of 50 radio  programmes on the same subject, for BBC Radio Scotland. In 2009 he published a  critical biography of Erik Chisholm.

Purser  lives on the Island of Skye where he and his American wife, Barbara, are  crofters. He was Chairman of the local Common Grazings Committee from 2003-2010  and Vice-Chairman of the Strathaird Community Association, 2004-. He was Secretary of the Elgol and Torrin Historical Society 1996-2002 and Secretary of  the Strathaird Management Committee, 1995-2001. He was a Trustee of The John Muir Trust from  2001-2004.